The new president offers a genuine opportunity for change 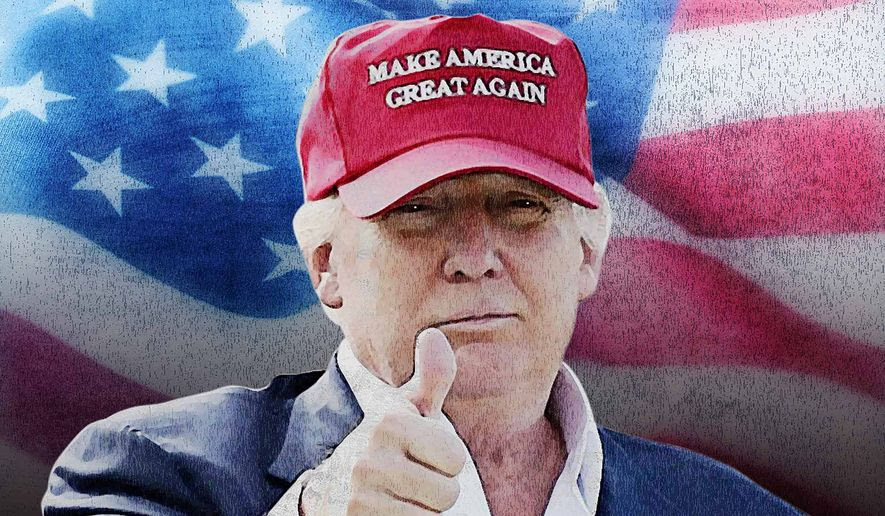 
ANALYSIS/OPINION:
With every new presidency comes real opportunity for real change.
Over the last eight years, Americans have become ever more disillusioned with politics as usual and that sentiment was expressed, loud and clear, at the ballot box last November.
Politics is as much about timing as it is good fortune, but every now and then a candidate comes along with real backbone — as did Donald Trump. Mr. Trump capitalized on the frustration of the American people, promising to be an agent for change and an agitator of the status quo. It wasn’t seen as just talk.
Only time will tell the type of president that Mr. Trump will be, and whether he’ll be able to follow through on his many promises. There will be little to no honeymoon for Mr. Trump, with Chuck Shumer and Nancy Pelosi steering the priorities of congressional Democrats, but with Mr. Trump, what you see is what you get. Against any political opposition, honesty and sincerity wins every time and Mr. Trump will undoubtedly have the advantage.
Based on form so far, Mr. Trump is a sure bet to always do what he thinks is right and what he thinks is in the national interest. Political shortcuts don’t seem to be in his playbook.
The same goes for the team Trump’s assembled, which reflects his own desire to talk straight with the American public and not mince words. Two of his selections for key leadership posts are obvious proof. James Mattis as secretary of Defense and John Kelly as secretary of Homeland Security are not just among the most talented leaders in America, both men are walking testaments of core values and the virtues of public service. Not once through their military careers as Marine Corps officers did they soften their views to avoid offending the political class.
So much so, it hurt their standing with the Obama administration. Under President Trump, they’re unlikely to have that same problem. No member of Congress or the American public will ever have to wonder where these men stand, no different than their commander in chief.
That alone is cause for optimism. It’s also a signal that America once again, through its leadership, will retake a leading role in the world. No more apologies. No more excuses. Alliances that have been tattered will be rebuilt. American warfighters will no longer be constrained on the battlefield and the warrior ethos that once upheld America’s military will be restored.
On the home front, there’s great prospect for American manufacturing. Trade opportunities will no longer give favor to U.S. competitors over American workers. And for once, there’s a real commitment on behalf of a president to secure the Southwest border and consistently but fairly apply federal immigration laws.
Just the fact alone that sanctuary cities and states have been put on notice is more than any President in modern history has done with regard to the problem. That counts for something.
Mr. Trump will have strong collaborates in Congress to implement his agenda, although Congress will have its own prerogatives and demand mutual respect for the separation of powers enshrined in the Constitution — even if sometimes painful. It’s a delicate relationship that Mr. Trump will need to learn to balance, but when he does he’ll find that Congress as a whole shares his passion and commitment to make America great.
For that, his team will be invaluable. Figureheads like Vice President Mike Pence understand the executive-legislative dynamic. Department heads like Jeff Sessions, Ryan Zinke, Tom Price and Mick Mulvaney have held elected office and their past experiences will not just help Mr. Trump navigate the waters but also be an asset to forging and maintaining good relationships with lawmakers.
Mr. Trump has all the right tools. He’s got the right message and he’s got a spine stiff enough to see it through.
Mr. Trump would be wise to remember what propelled him to the White House. No less, he must not forget that when Americans voted for real change, they really meant it.
Source>http://www.washingtontimes.com/news/2017/jan/19/donald-trump-change-agent/
Posted by theodore miraldi at 8:45 AM