Gingrich On BOYCOTTERS: Why Would You ‘ABANDON America’? 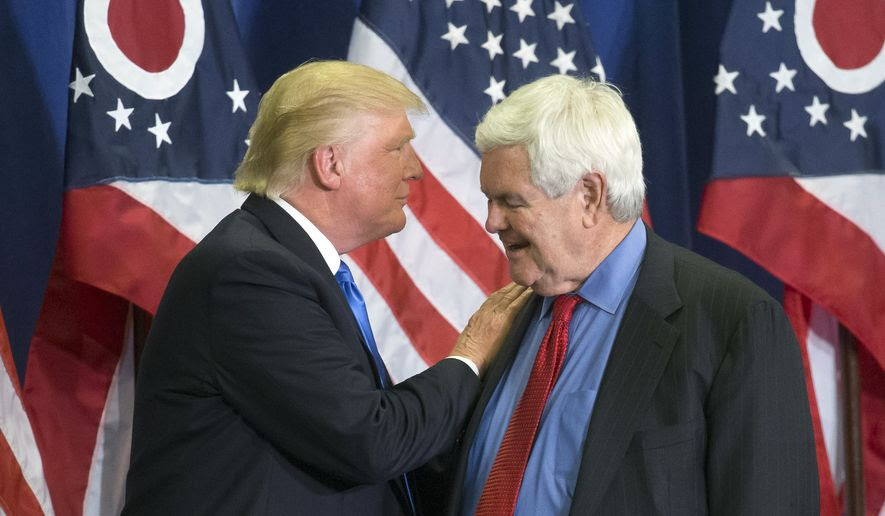 “They’re childish and silly. The inauguration is not about Republicans. It’s not about Donald Trump,” Mr. Gingrich said on “Fox & Friends” when asked what he thinks former President Reagan would say about the boycotters.
“The inauguration is about America. Why would you abandon America?” said Mr. Gingrich, a top supporter of Mr. Trump
“All they’re doing is making themselves look small and silly,” he said.
Dozens of House Democrats — approximately one-third of the party’s caucus in Congress’s lower chamber — are not attending Friday’s inauguration.
Some say it’s because they can’t stomach Mr. Trump, while others say they don’t consider him to be legitimately elected because of Russian meddling in last year’s campaign.
Source>http://www.washingtontimes.com/news/2017/jan/19/newt-gingrich-boycotters-why-would-you-abandon-ame/
Posted by theodore miraldi at 10:37 AM