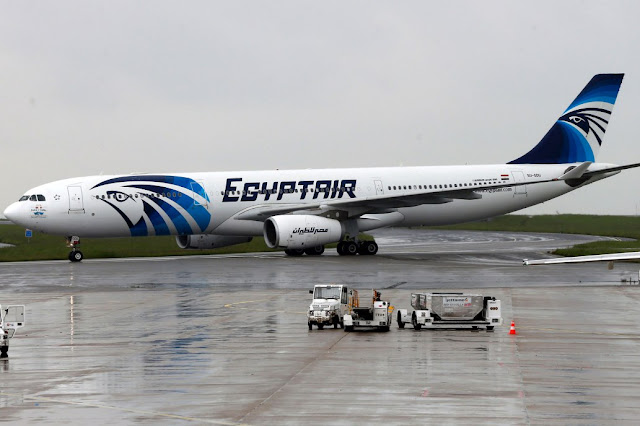 Five Iraqi passengers and one Yemeni were barred from boarding an EgyptAir flight from Cairo to New York on Saturday following President Donald Trump’s ban on the entry of citizens from seven Muslim-majority countries, sources at Cairo airport said.


Trump on Friday put a four-month hold on allowing refugees into the United States and temporarily barred travelers from Syria and six other Muslim-majority countries, saying the moves would help protect Americans from terrorist attacks.
The six passengers, bound for John F. Kennedy International Airport, were prevented from boarding EgyptAir Flight 985 at Cairo airport despite holding valid immigration visas, the sources said.
The five Iraqis had arrived in transit from Erbil and were being held at the airport until they could be re-boarded on flights back to Iraq, whereas the Yemeni passenger had arrived at the airport from elsewhere in Cairo, they added.
Trump halted the entry of travelers from Syria, Iraq, Iran, Sudan, Libya, Somalia and Yemen for at least 90 days, saying his administration needed time to develop more stringent screening procedures for refugees, immigrants and other visitors.
A U.N. refugee agency spokesman said it was not yet known whether the six travelers had been granted visas earlier under the U.S. refugee programme.
Source>http://nypost.com/2017/01/28/egyptair-passengers-from-iraq-yemen-barred-from-nyc-bound-flight/

Posted by theodore miraldi at 12:02 PM