Putin: Those Who LEAKED Trump Dossier 'WORSE Than PROSTITUTES' 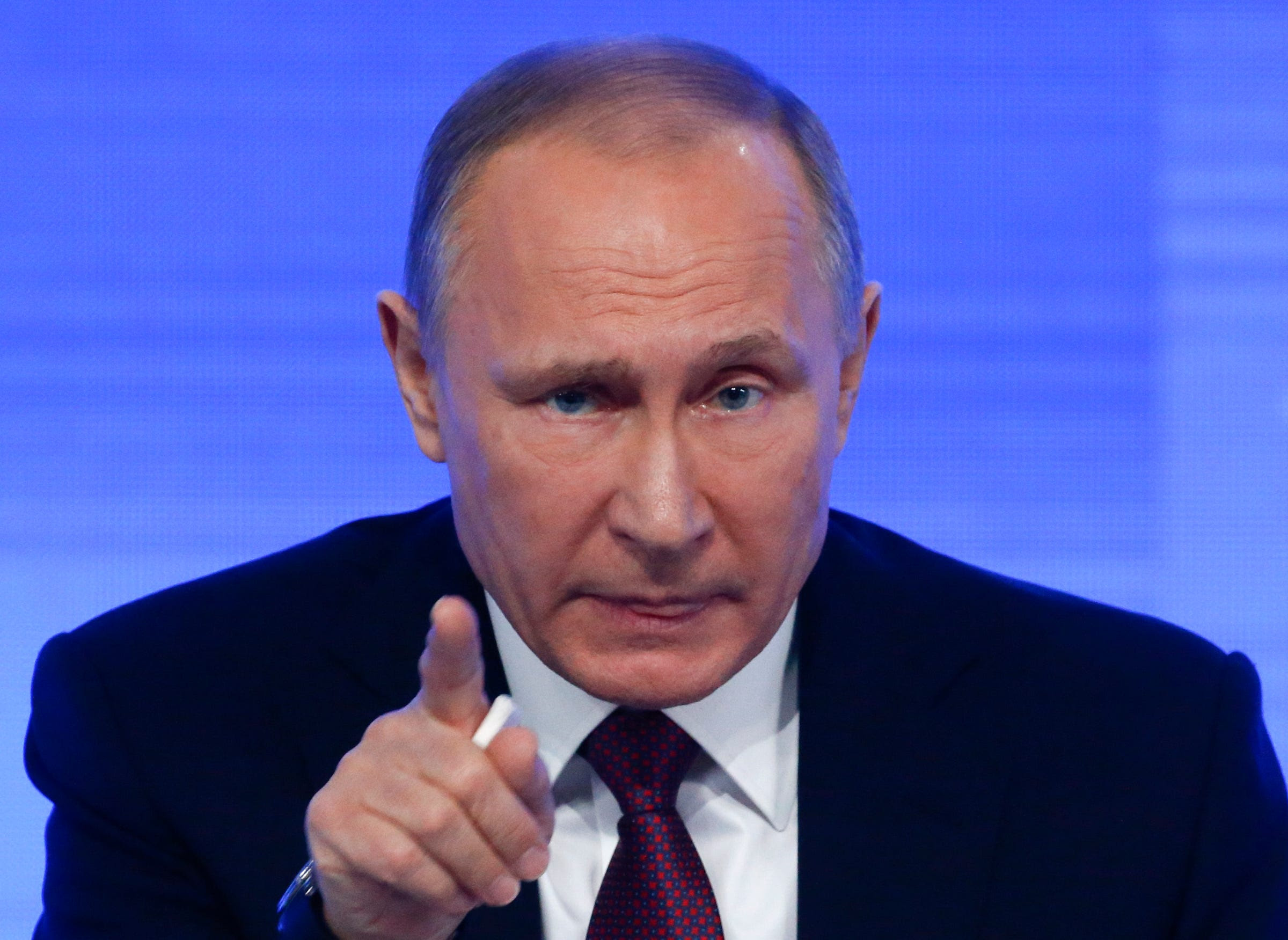 In a speech that one-upped even some of the president-elect’s colorful Twitter commentary, Russian President Vladimir Putin on Tuesday called Donald Trump’s political enemies “worse than prostitutes” for disseminating a dubiously-sourced dossier last week alleging a relationship between Trump and the Kremlin.
Speaking during a news conference, Putin said last week’s leak of the 35-page report -- written by a private investigator as a series of memos and eventually passed on to the intelligence community -- was a last-ditch attempt on the part of President Obama’s outgoing administration to “undermine the legitimacy of the president-elect.”
“Prostitution is an ugly social phenomenon . . . but people who order such fakes, which are now used against the elected president of the United States, fabricate information and use it in the political struggle, they are worse than prostitutes,” Putin said, according to a translation by Sputnik News. “They have no moral limits.”
The series of memos alleged that Russian intelligence had years ago secretly recorded embarrassing footage of Trump in an attempt to compromise the then-business magnate. Putin dismissed that claim as “an obvious fake.”
“Trump, when he came to Moscow a few years ago, was not a politician,” Putin said. “We did not even know about his political ambitions,” Putin said. “He was just a businessman, one of the richest men in America. Is someone really thinking that our intelligence agencies are chasing every American billionaire, or what? Of course not. It’s just a complete nonsense.”
He said some seem “ready to organize a ‘Maidan’ in Washington," in reference to the alleged U.S. role in organizing protests in the main square of the Ukrainian capital of Kiev. That action helped chase the nation's Russia-friendly president from power in 2014.
Putin cited two goals he believed were behind the leaking of the allegations: (1) to undermine Trump’s “legitimacy” and (2) “to tie the hands and legs of the newly-elected president related to the implementation of his pre-election campaign promises to the American people and the international community.”
Trump on Twitter has openly questioned if the intelligence community was behind leaking the memos to the press. BuzzFeed released the documents in bulk last week despite the site’s own disclaimer that much of the information could not be verified.
Trump has faced increasing criticism from many on the political left and some on the right for his perceived friendly relationship with Russia -- and Putin, in particular. While many of his Cabinet selections -- including Secretary of Defense nominee Gen. James Mattis and Secretary of State nominee Rex Tillerson – have taken a harder line toward the Kremlin, Trump has been complimentary of Putin and openly professed a desire to restore better relations between the U.S. and Russia. Putin has returned the praise and expressed his own wishes to work with Trump after he takes office Friday.
The intelligence community last month released a thinly-sourced unclassified document alleging that Russia was behind a series of hacks and cyber tricks designed to undermine America's confidence in the electoral process. There was no evidence, however, that Russia altered any votes or hacked into any voting software. In response, the Obama administration ejected 35 Russian diplomats from the U.S., among other actions.
Russia has denied all charges.
The Associated Press contributed to this report.
Source>http://www.foxnews.com/politics/2017/01/17/putin-those-who-leaked-trump-dossier-worse-than-prostitutes.html
Posted by theodore miraldi at 10:28 AM