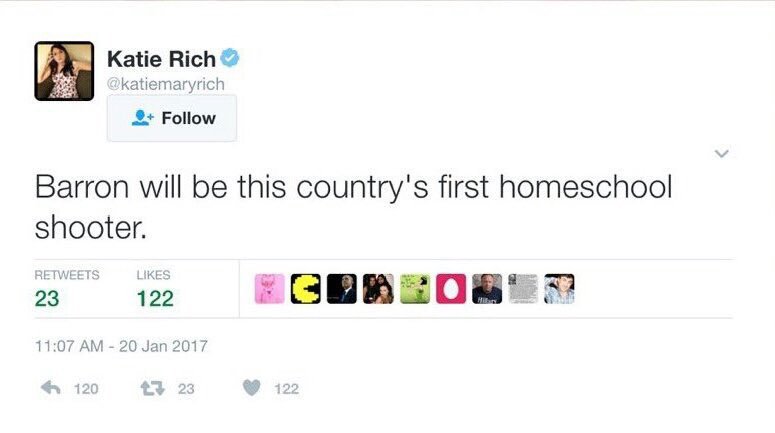 Jack Murphy @RealJack
The fact that writers and other people are willing to attack Barron Trump, a ten year-old, just shows how much we really needed change.

This is not the first time Barron has been at the center of a Twitter controversy. In late November, known Trump foe Rosie O'Donnell sparked an uproar after sharing a video that speculates about Barron possibly being autistic.
Share your thoughts on this controversy in the comments section.
Source>http://insider.foxnews.com/2017/01/21/snl-katie-rich-tweet-barron-trump-homeschool-shooter
Posted by theodore miraldi at 4:14 PM