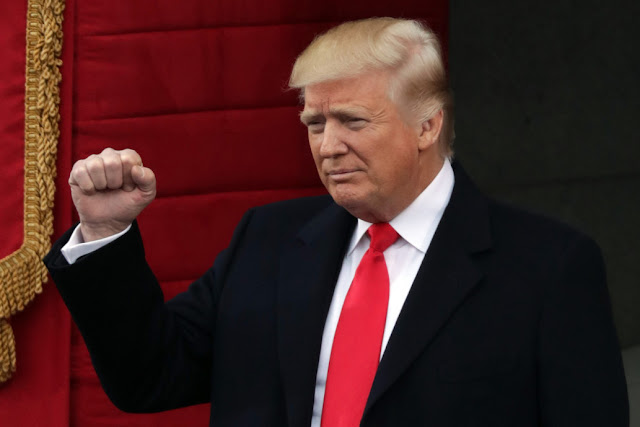 
Two images bookend the most remarkable political contest of modern times. In the first, Donald Trump rides an escalator down to the lobby of Trump Tower to announce his fanciful campaign for president. In the second, Election Night maps on television screens flash red as 30 states fall like dominoes into Trump’s column.
Just 17 months elapsed between those unforgettable moments, yet that span stands as an epoch unto itself in the history of America. We were eyewitnesses to a revolution, a rising up of people who felt shunned, betrayed and left behind. They called themselves “deplorables and irredeemables,” turning Hillary Clinton’s slurs into a rallying cry as they threw off the yoke of the old political order and trusted the nation to a true outsider.
Hallelujah for an American tonic and a necessary course correction.
Donald John Trump is the most unlikely revolutionary ever to stalk western civilization. He built buildings and a personal fortune, then nearly lost it all before rising again by making his name synonymous with wealth and success.
His life was his brand and it was more grandiloquent than any opera. He was a playboy, a serial seducer and the incarnation of a new and sometimes vulgar Gilded Age.
His marriages, divorces and high jinks were catnip for newshounds. He was tailor-made for TV and became a household name with his signature line, “You’re fired!”
He was a rich celebrity who had it all, but it wasn’t enough. He had the chutzpah to dream he could spin his star power into political gold.
For his daring, he was mocked and made the butt of endless jokes, especially about his hair. Perhaps their laughter blinded the savants, for they missed the birth of a phenomenon. A clue that foreshadowed the ultimate outcome was hiding in plain sight, yet precious few saw it.
From the moment Trump stepped off that escalator in June of 2015 to join the race, producers at television news programs realized that the more they turned their cameras on him, the more viewers they got.
So that’s what they did, and in a flash, Trump’s rallies were bursting at the seams as thousands showed up when other candidates were lucky to draw hundreds.

His slogan, Make America Great Again, was so in-your-face that there was no mistaking its meaning.