Trump to Publicize CRIMES by ILLEGAL Immigrants in ‘Sanctuary Cities’ 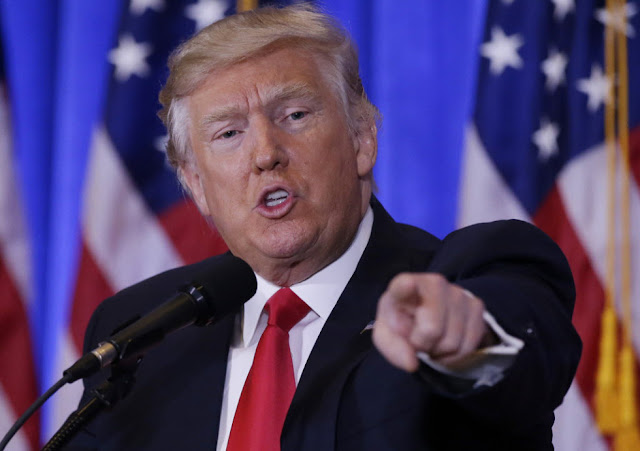 
President Trump plans to publish a weekly list of crimes committed by illegal immigrants in the Big Apple and all other sanctuary cities that do not cooperate with federal immigration authorities.
The list will inform citizens and others about “public safety threats associated with sanctuary” cities, according to an executive order Trump signed Wednesday.
“The [Homeland Security] Secretary shall utilize the Declined Detainer Outcome Report or its equivalent and, on a weekly basis, make public a comprehensive list of criminal actions committed by aliens and any jurisdiction that ignored or otherwise failed to honor any detainers with respect to such aliens,” the order said.
Mayor de Blasio said that New York — one of about 300 sanctuary cities across the US — would not change it’s policy in the face of Trump’s threat to withhold federal funding from cities that do not play ball with his order.
The NYPD said Wednesday the city has a list of roughly 170 criminal offenses that are not covered by the sanctuary policy, and that the department notifies the feds when illegal immigrants are charged with those crimes.
The list includes serious crimes such as felony assault, rape, murder and terrorism as well as gun smuggling and witness tampering.
Source>http://nypost.com/2017/01/26/trump-to-publicize-crimes-by-illegal-immigrants-in-sanctuary-cities/
Posted by theodore miraldi at 8:15 AM