President can act on his own to deport more people, jump-start the border wall or restrict immigration from Syria 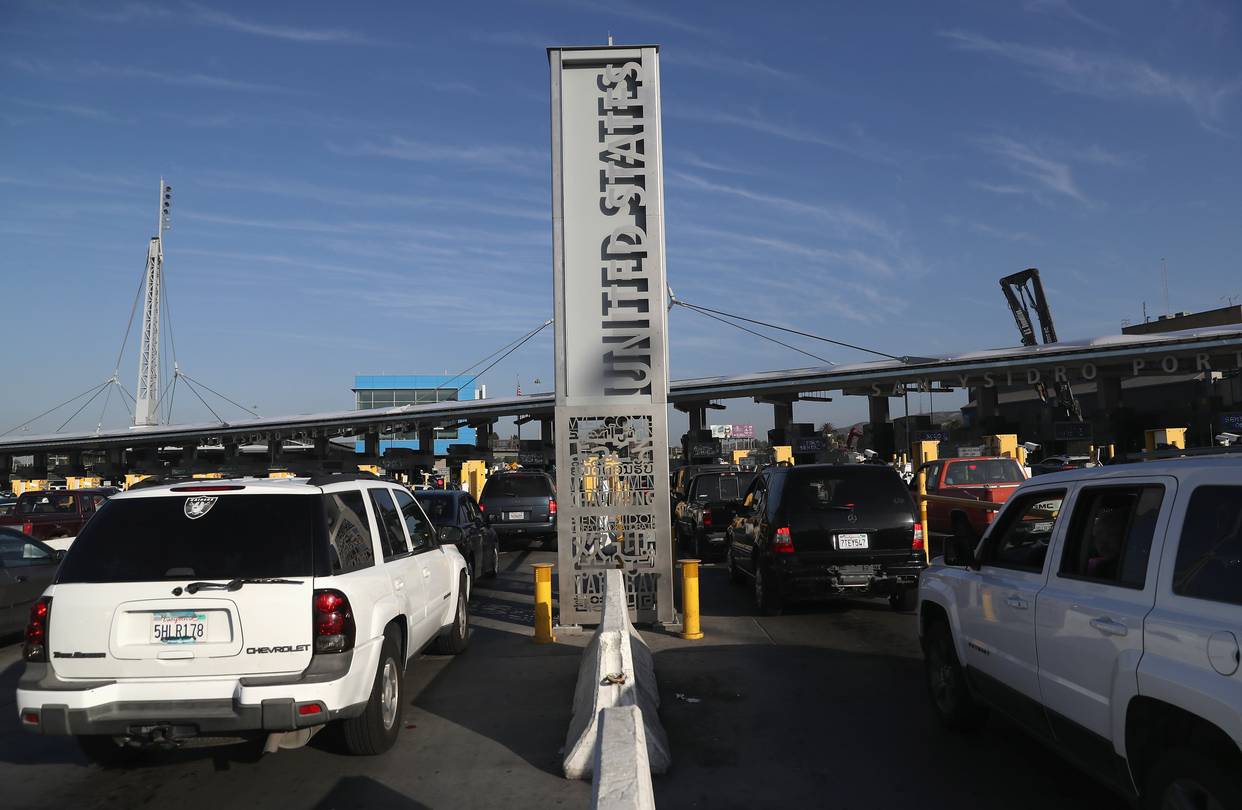 President Donald Trump is soon expected to seek sharp changes in U.S. immigration policy by using his executive power, echoing the politically contentious approach taken by Barack Obama.
The new White House released its first executive actions on Inauguration Day, regarding the Affordable Care Act and on regulations across the government. Mr. Trump is planning others early this week on immigration and trade, two White House officials said.
On immigration, advocates on both sides of the issue expect the administration to toughen enforcement by deporting more people and reversing Obama administration rules protecting young people brought to the U.S. illegally as children.
Frustrated by Congress’s unwillingness to pass immigration legislation, Mr. Obama used executive power to target enforcement to serious criminals and recent border crossers, and to give safe harbor from deportation and work permits to young, so-called Dreamers. Conservatives said he was acting beyond his authority, and when he tried to extend that safe harbor to millions more people, the move was blocked by the courts.
Mr. Trump also is likely to reject refugees from Syria and other Muslim nations, and cut grant funding for so-called sanctuary cities that don’t cooperate with federal immigration authorities.
Other changes favored by Mr. Trump would require action by Congress. Among legislation pushed by anti-immigration hard-liners is a bill that would require U.S. employers to use the federal E-Verify system to check whether potential employees are in the U.S. legally.
But most new legislation may require Democratic support in the Senate, so administration officials will start their work by taking action in areas within the power of the executive branch.
“Under current law, President Trump will have wide leeway and broad authority to enforce U.S. immigration laws,” said Dan Stein, president of the Federation for American Immigration Reform, which advocates lower legal and illegal immigration levels. “Big changes are possible without Congress’s help.”
Top options include:
Cut funding for sanctuary cities: Expect early action to punish the many cities and counties that call themselves sanctuaries for undocumented immigrants, meaning law-enforcement officials limit cooperation with federal immigration authorities.
Federal funding that might be targeted include Homeland Security grants to combat terrorism and Justice Department funding for community policing.
Such cuts would set up an immediate political brawl—and likely legal action. High-profile mayors in cities such as New York, Chicago and Los Angeles would be pitted against the new administration.
End DACA protections: Mr. Trump promised to end the 2012 Deferred Action for Childhood Arrivals program. It gives temporary protections and work permits to about 750,000 young people who were brought to the U.S. as children.
Mr. Trump faces pressure, however, to protect these young people, who are among the most sympathetic undocumented immigrants, and he has promised to “work something out” for them.
Legislation pending in Congress would extend their protections, but it is unclear whether GOP leaders would allow it to pass, or whether Democrats would agree to compromises Republicans are likely to demand.
Reject refugees: The president has wide discretion in accepting refugees, and Mr. Trump has said he wouldn’t take any from Syria or other countries where terrorism is present. He also promised “extreme vetting” and an ideological test for those who want to settle here.
Mr. Obama set the number of Syrian refugees permitted to enter in 2016 at 10,000. That could quickly fall to zero.
Speed up deportations: Like Mr. Obama, Mr. Trump has said he would prioritize criminals for deportation, but promises to move more quickly to evict them.
At one point, he said he would remove criminal aliens on “day one.” He has put his target number at 2 million to 3 million people, which would be an increase from the current rate and many more than the estimated number of illegal immigrants with criminal convictions.
It is expected the new administration would target people convicted of minor crimes and those who have already been ordered out of the U.S. but remain.
Under Mr. Obama last year, 84% of the immigrants removed by the Immigration and Customs Enforcement Agency fell into the administration’s top-priority category, meaning they had been convicted of a serious crime, posed a security threat or were recent illegal border crossers.
One option under discussion would be to treat people convicted of misdemeanors and those with certain immigration violations the same way felons are handled. Under the Obama system, these people were lower priorities.
A more aggressive option would try and deport anyone encountered by law enforcement, even if they only had a traffic offense.
In 2012, the Obama administration deported more than 400,000 people. That dropped to 235,000 last year.
Announce a border wall: Building a wall on the southern U.S. border would cost billions of dollars and require Congress to appropriate money. Further, GOP lawmakers have favored additional fencing, not a wall.
But Mr. Trump could issue a symbolic executive action of some sort indicating the project would move ahead and find money in the existing budget to begin the work.
Toughen rules for Central American migrants: Experts say the most urgent border security issue is Central American children and families who are turning themselves in to border agents. Most of them are released into the U.S. for an extended wait until their cases are heard, with little guarantee they would ever be removed. The new administration could process cases more quickly and might also refuse to place children with relatives living in the U.S. if the relatives aren’t here legally.
Tighten legal visa system: The Obama administration allowed spouses of certain skilled foreign workers to work as well. It also expanded a program that lets foreign students stay in the U.S. while looking for work. Both policies could be reversed.
Source>http://www.wsj.com/articles/trump-poised-to-wield-executive-power-to-make-immigration-changes-1485116367
Posted by theodore miraldi at 9:52 AM