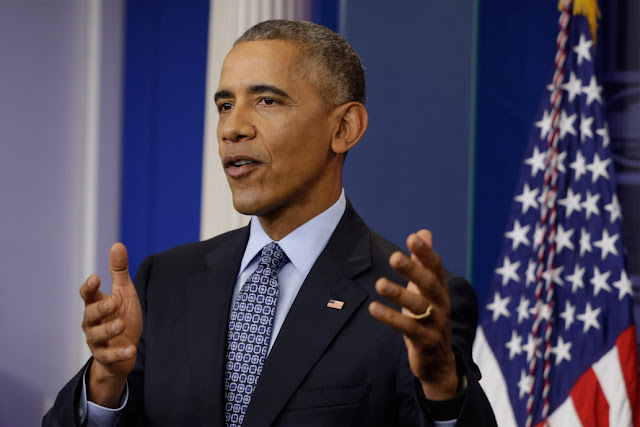 
What is it about progressives like President Obama — and even pretend progressives like Gov. Andrew Cuomo — that makes them so forgiving of terrorists?
Obama, on his way out the door, Tuesday commuted the effective life sentence of Puerto Rican nationalist-terrorist Oscar Lopez Rivera — an architect of the wave of terror that led to the murder-by-bombing of four at Fraunces Tavern in Lower Manhattan in 1975.
Cuomo, for no apparent reason other than to plant a wet one on Black Lives Matter, last month gave an early out to one-time Weather Underground conspirator Judith Clark — convicted of murdering two cops and a security guard during the infamous Brinks armored car robbery in Rockland County in 1981.
Obama actually spent Tuesday papering the wall with pardons and commutations. The best-known recipient was the emotional Dumpster fire formerly known as Bradley Manning — a onetime Army intelligence analyst who traitorously funneled hundreds of thousands of classified documents to WikiLeaks and then went on to become an icon of the transgender movement.
But while Tuesday may have been among the least auspicious days of the Obama incumbency, at least he was true to his established principles. He’s the fellow who could barely bring himself to say the word “terrorist” — so it’s no surprise that he chose to coddle one on his way out.
Rivera has been a hero for decades to hard-left anti-America types — including Mayor Bill de Blasio and City Council Speaker Melissa Mark-Viverito, both of whom were beyond delighted by Obama’s action.
“It’s been a long road emotionally and personally, and I have been very invested in this case,” said the speaker. “It’s overwhelming.” (So, too, for Rivera’s victims — but obviously they don’t count.)
“Thank you [President Obama],” tweeted de Blasio. “Congratulations to all who fought for this day.”
Rivera, not that it seems to matter, was involved directly or otherwise in at least 146 bombings, leaving nine dead in Puerto Rico and on the mainland. Among the wounded were NYPD bomb squad officers, one of whom was blinded.
Fraunces, where Gen. George Washington delivered his farewell to his military officers in 1783, is as iconic a target as America-haters could hope for. So it really is hard to fathom how the mayor of New York City could celebrate Rivera’s release.
Actually, no, it’s not. Just the opposite: FALN and Rivera were hard-core Communists operating at the height of the Cold War. Why would a mayor who honeymooned in Havana fail to recognize — pardon the expression — a fellow traveler, even decades down the road?
Cuomo’s motives in freeing Clark are less clear. Apart from a press release and the necessary legal paperwork, the governor has uttered scarcely a word concerning the commutation.
That is, what seized him to visit Bedford Hills Correctional Facility, interview Clark, deem her worthy of an early out and then grant it, is his secret.
Clark was affiliated with the bomb-throwing radicals of the Weather Underground (as was Obama intimate Bill Ayres; isn’t it amazing how circular these things can be?), and she drove the getaway car after the bloody robbery.
In other words, both Clark and Rivera were guilty as sin. They deserved the lengthy prison sentences they received — and in a just universe, they would serve every day. (Or, more likely, die behinds bars.)
But they won’t. Why not?
Again, Cuomo is keeping his own counsel and Obama slathered his actions with rhetorical boilerplate. So those seeking motives must speculate.
So let’s guess it was to send a message.
To wit, in Progressiveland, that some lives matter more than others; that dead and maimed cops and unlucky bystanders matter less than justly convicted and incarcerated radicals — and that in the final analysis, benevolent government is meant to stand with the bad guys. (And gals, as the case may be. Isn’t everybody a victim these days?)
This is just the sort of bird Obama might be expected to flip America as he departs. Cuomo, meanwhile, is a onetime centrist trapped in a sharply leftward-drifting state. Since he essentially stands for nothing anymore, if he ever did, it’s no surprise he chooses to drift with it.
Meanwhile, to put a tin hat on this bizarre episode, Lin-Manuel Miranda — the star around whom the Broadway mega-vehicle “Hamilton” orbits — announced he’ll stage a personal performance of the play for Rivera once the terrorist is sprung.
Whether Miranda will set tickets aside for the survivors of Rivera’s depredations, or Clark’s, isn’t clear. Probably not. Certainly that would mix the progressive message.
Source>http://nypost.com/2017/01/18/why-liberals-just-love-to-set-terrorists-free/
Posted by theodore miraldi at 12:33 PM