72 CONVICTED In U.S. TERROR Cases From Nations Targeted For Vetting 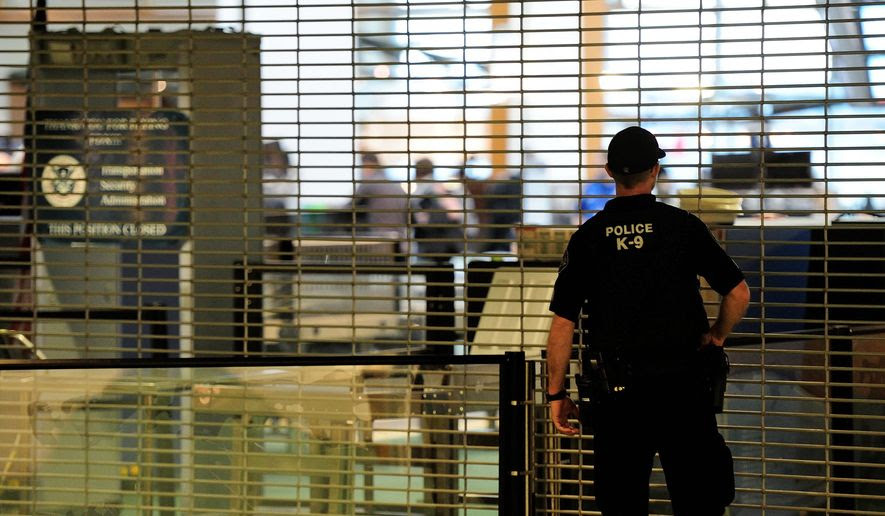 
At least 72 convicted terrorists came from the seven countries President Trump targeted in his extreme vetting executive order, according to a new report this weekend that directly undercut part of the courts’ rulings halting the program.
Seventeen of those entered the U.S. under the refugee program that Mr. Trump has said is of special concern to him, according to the data compiled by the Senate Judiciary Committee and analyzed by the Center for Immigration Studies.
The convictions came in terrorism-related investigations since the Sept. 11 attacks, but some were for relatively minor crimes such as identity fraud. Nevertheless, more than 30 of the convicts served at least three years in prison because of their terrorism-related crimes, the CIS report said.
Judge James L. Robart, who first blocked Mr. Trump’s executive order on Feb. 3, insisted in court that there were no such terrorists at all.
“How many arrests have there been of foreign nationals for those seven countries since 9/11?” the judge demanded of the Justice Department lawyer.
When she said she was unaware, Judge Robart went on: “Let me tell you. The answer to that is none, as best I can tell. So, I mean, you’re here arguing on behalf of someone that says ‘We have to protect the United States from these individuals coming from these countries,’ and there’s no support for that.”
Later, a three-judge panel of a federal appeals court doubled down on that claim, saying that the government “has pointed to no evidence that any alien from any of the countries named in the order has perpetrated a terrorist attack in the United States.”
Critics of the rulings said both the judges and the Justice Department were to blame — the judges for getting it wrong and the government’s lawyers for not having the facts at hand.
Jessica Vaughan, the author of the CIS report, said the judges could have found the information “if they or their clerks had looked for it.” She said the judges easily could have remembered the Ohio State attack in November 2016, when a Somalian who arrived as a refugee in 2007 used his car and a knife to injure 13 people before he was killed by a police officer.
Rep. Lou Barletta, Pennsylvania Republican, said the appeals court judges got it backwards. They said they were able to go beyond the president’s executive order to look at his campaign rhetoric calling for a “Muslim ban,” but didn’t think to research the terrorist connections from the countries in question.
“Since the court decided that it has the authority to look at the reasons behind a presidential executive order, the least the judges could do is perform a simple Google search,” he said.
Others said the Justice Department shared blame for not having its lawyers ready to handle that question — particularly by the appeals court hearing, after the lower court had already botched it.
Hans Bader, a lawyer in Washington, D.C., even alerted the Justice Department to the research before the appeals court oral argument, then again after oral argument but before the court’s Thursday ruling.
The Justice Department declined to comment on its lawyers’ performance or the criticism that’s been leveled.
The department’s first brief in the case was thorough, outside lawyers said. It was signed by Noel Francisco, the acting solicitor general, who is one of conservatives’ star lawyers in Washington. He argued the successful Supreme Court challenge to President Obama’s recess appointments, resulting in a unanimous spanking for the White House.
But Mr. Francisco recused himself from the next brief to the appeals court after his former law firm, Jones Day, filed an amicus brief on behalf of lawyers challenging the president.
The Justice Department said it was done “out of an abundance of caution,” though other lawyers said that probably wasn’t necessary.
That left the defense to August Flentje, a senior counsel at the Justice Department, who was excoriated after the oral argument last week. Analysts called his performance in the courtroom uninspired.
In the days since the ruling, refugees from some of the countries Mr. Trump singled out as needing special scrutiny have poured into the country at a faster rate. The Washington Times reported Friday that 77 percent of the refugees in the week since the courts reinstated the refugee program were from the seven special countries.
Mr. Trump highlighted that report in a Twitter post Saturday, then followed it up with updated numbers of his own Sunday showing that 72 percent of refugees were from the seven countries.
During the previous two weeks, the number was only about 30 percent from those seven countries.
Mr. Trump hinted late last week that he would issue a new executive order trying to meet some of the judges’ objections.
The White House remained silent on the way its lawyers handled the case last week.
“We are going to win on the merits,” said press secretary Sean Spicer.
Analysts said it’s likely that as the case moves forward, the Justice Department won’t make the same mistake again under newly installed Attorney General Jeff Sessions. Mr. Sessions was the chairman of the Senate’s immigration subcommittee that compiled the numbers on terrorist connections.
• Dave Boyer contributed to this article.
Source>http://www.washingtontimes.com/news/2017/feb/12/terror-convicts-came-from-countries-targeted-for-e/
Posted by theodore miraldi at 10:47 AM