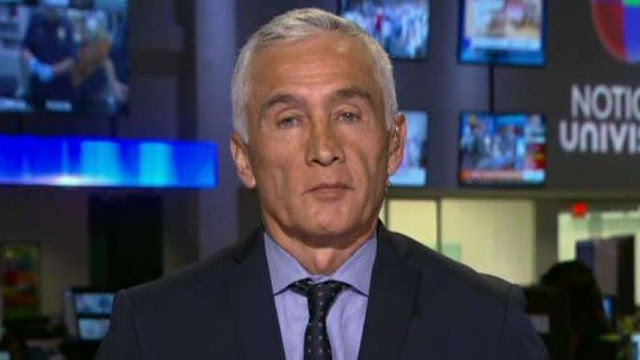 Kathryn Blackhurst
Mexican-born American journalist Jorge Ramos claimed that illegal immigrants come to the U.S. because they want to “benefit our lives” during an interview Friday evening with Chris Wallace on Fox News’ “The O’Reilly Factor.”
Wallace, who was filling in for host Bill O’Reilly, pressed Ramos about his support for blanket amnesty for the millions of illegal immigrants residing in the U.S. Ramos, a Univision anchor, took issue with President Donald Trump’s strict stance of clamping down on illegal immigration, as well as the U.S. Immigration and Customs Enforcement (ICE) officials’ recent deportation of hundreds of mostly criminal aliens. Because a small number of the deportees weren’t criminal aliens, Ramos balked at the “mass deportation.”

“They are here because of us,” Ramos told Wallace. “They are coming here, again, not because they want to go to Disneyland or because they want to kill Americans. They are here to benefit our lives. I mean, they’re here to — millions of Americans benefit from their work.”
Ramos’ bizarre defense of immigrants’ desires to enter and reside in the U.S. illegally seemed to attribute an unrealistic sense of altruism to their decision-making process.
“The reason they are here, Chris is because of us. So we have to be responsible for that,” Ramos claimed. “It is not simply that they come here and they just wanted to come here and make money. Yeah, I mean, they want to do that. They want to better their lives. But also they are here to help us. So we are partly responsible for that and I think we are partly responsible for finding a solution.”
When Wallace pressed Ramos about the criminality of the illegal aliens being prioritized for deportation, Ramos insisted that he did not condone violent criminal aliens. Nevertheless, the Univision anchor attempted to justify some of non-violent criminal actions illegal aliens take part in once they’ve entered the country. Although he admitted that “it is a crime” when illegal aliens get a false social security card, papers, or drivers’ license that allow them to receive government benefits, Ramos seemed to try to justify such behavior.
“Let’s not be naive … Many of them use fake IDs. Many of them use fake drivers’ licenses. Why? Because they are working for us,” Ramos insisted. “They come here because they want to work. They harvest the food that we eat. They build our homes. And they don’t want to get in trouble with the police.”
Ramos continued his unusual defense of illegal entry into the U.S. by attempting to pin part of the blame on the 45th president.
"The problem, Chris, is that President Trump is criminalizing the immigrants in this country," Ramos insisted.
Ramos' defense came the same day that Trump reinforced his commitment to cracking down on illegal immigration during a speech at the Conservative Political Action Conference (CPAC).
"You see what's happening at the border. All of a sudden for the first time, we're getting gang members out. We're getting drug lords out. We're getting really bad dudes out of this country, and at a rate that nobody's ever seen before," Trump said. "We are getting bad people out of this country. Whether it’s drugs or murder, we are getting bad people out and I said it from day one. Basically, all I’ve done is keep my promise."
Source>http://www.lifezette.com/polizette/jorge-ramos-illegal-immigrants-come-help-us/
Posted by theodore miraldi at 12:35 PM