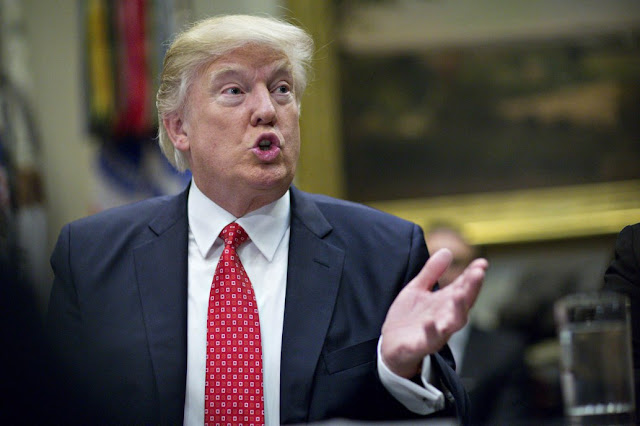 
More hysteria has enveloped the left — especially the pro-immigrant community — over news that 680 people were arrested last week in five cities, including New York, by federal immigration officials.
Never mind that the operation was planned weeks ago (meaning it had nothing to do with President Trump’s recent executive order on immigrants). Or that all those arrested were targeted for violating immigration law and, for the most part, serious other crimes. Or that some of the most frightening rumors — that agents were arresting people on their way to church — were flat-out lies.
No, the left’s convinced Trump just unleashed storm troopers to begin wholesale arrests of immigrants as the beginning of a new policy of mass deportations.
Which is pretty much how the left reacts these days to just about anything that happens under the new president.
In fact, nothing has changed in the regular enforcement policy carried out for years by Immigrations and Customs Enforcement against criminal aliens.
There were no impromptu arrests. As one official put it: “We’re not going to Walmart to check papers — we know who we are going out to seek.”
Besides, Trump has a long way to go if he’s going to reach the number of arrests and deportations made by his predecessor, Barack Obama — who was angrily denounced by key Latino leaders as the “deporter-in-chief.”
Under Obama, more than 2.8 million immigrants were forcibly removed from the United States — more than any other previous president. That doesn’t even include those who self-deported or were turned away at the border.
President Trump understands that Americans.
Source>http://nypost.com/2017/02/13/now-the-left-is-going-nuts-again-over-trumps-nonexistent-storm-troopers/
Posted by theodore miraldi at 11:26 AM