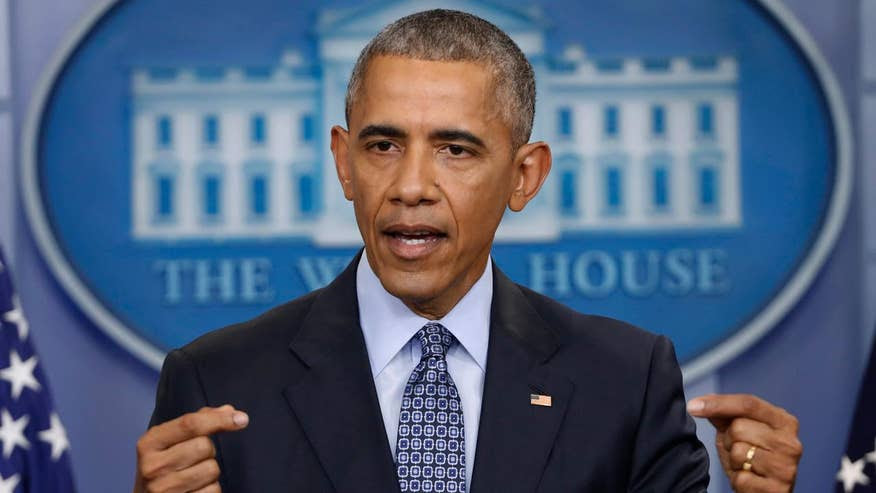 It took former President Obama 10 days from leaving the White House before he spoke out against President Trump’s order to temporarily ban people from seven predominately Muslim countries.
The statement was from a spokesman, and it did not attack Trump directly. Rather it appealed to protesters.
“President Obama is heartened by the level of engagement taking place in communities around the country,” Kevin Lewis, a spokesman for the former president, said in a statement. “Citizens exercising their constitutional right to assemble, organize and have their voices heard by their elected officials is exactly what we expect to see when American values are at stake.”
Obama and his team are not ruling out a forceful challenge to Trump in the coming months, Politico, citing people in contact with the former president, reported.
There is debate on how to approach a Trump attack. There is fear that if Obama comes out too early against Trump it could lessen the effectiveness of the message. His team reportedly does not want Obama to be the face of the anti-Trump protests.
“I wouldn’t be opposed if he spoke out,” Rep. Ted Lieu, D-Calif., told Politico. “I just don’t know what effect it would be.”
He continued, “In hindsight, I believe it was wrong for Barack Obama to normalize Donald Trump,” he said.
Sources told the magazine that Obama is likely saving a more assertive challenge because “knows he only gets one change at it being the first time that he takes on Trump himself.”
Polls show Obama left the office both popular and trusted.He had appeared more cautious about diluting his influence by quickly second-guessing Trump. Doing so could make it easier for Trump to dismiss critiques as predictable partisan nitpicking. And becoming the face of Trump's opposition could make it harder for the next generation of Democratic leaders to emerge.
Obama said nothing Monday when Trump fired his former appointee Sally Yates, who was serving as acting attorney general. He also won't opine on Trump's announcement of a Supreme Court nominee, former White House aides in touch with Obama said.
When Trump's White House claimed Obama, too, temporarily banned Iraqi refugees, the ex-president's deputy national security adviser Ben Rhodes shot back: "This is a lie."
Obama loyalists said the expressions of opposition aren't part of an organized campaign. They reported being energized by a series of group text messages, Facebook groups and email chains in which some of the thousands of one-time Obama staffers are sharing their dismay.
One notably silent figure: Former Vice President Joe Biden, who has yet to criticize Trump since leaving office. An aide said Biden planned to speak out on matters he cares most about, such as foreign policy and women's issues. The aide wasn't authorized to comment publicly and requested anonymity.
Source>http://www.foxnews.com/politics/2017/02/01/obama-may-challenge-trump-more-forcefully-in-coming-months-report-says.html
Posted by theodore miraldi at 8:23 AM