The MESS Trump Inherited Is REAL 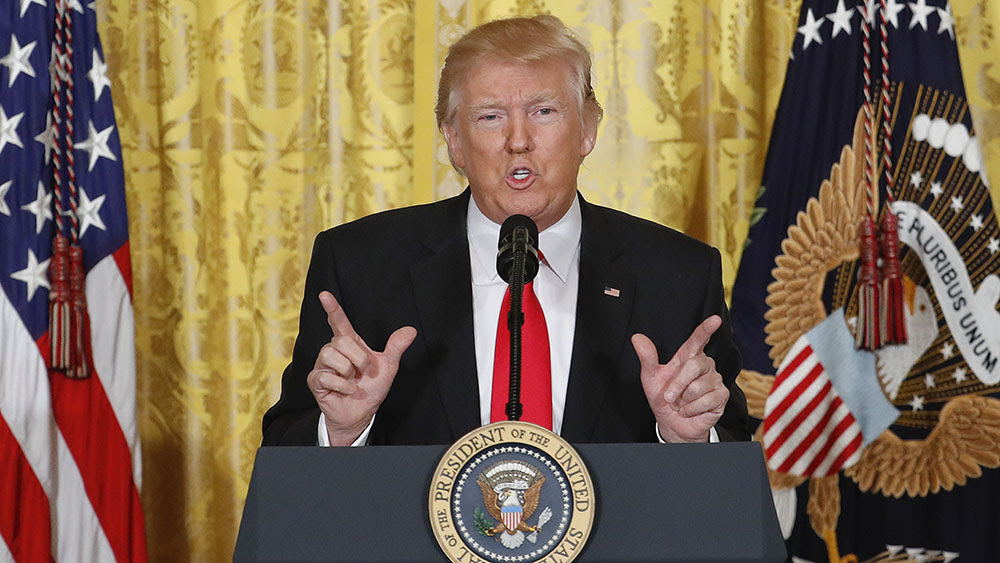 "I inherited a mess — it’s a mess — at home and abroad. A mess," President Trump said at a news conference at the White House on Thursday. (AP)
Editorial
Economy: When President Trump said he inherited a mess, fact checkers scurried to prove him wrong. But by several measures, things were as bad, or worse, as when the Great Recession ended in June 2009.
"I inherited a mess — it's a mess — at home and abroad. A mess," Trump said at his lengthy news conference on Thursday.
This prompted several stories questioning Trump's claim. "When it comes to the U.S. economy, though, that 'mess' isn't borne out by most measures," said one. "Trump's nightmare visions (contrast) with outside experts," said another.
So is this another one of Trump's wild exaggerations? To be sure, there's a political reason for Trump to claim that the economy was bad when he came into office. That way he can claim credit for any noticeable improvement.
But that political calculus runs in both directions. After all, if the economy noticeably improves on Trump's watch, Democrats will say it was heading that direction before Trump took office.
There are signs that the economy is doing better since Trump took office. Consumer confidence has spiked, and job growth was strong in January. And retail sales beat expectations, a rare occurrence for any economic measure during the past eight years.
More to the point, however, is that those who claim the economy was doing just fine when Trump arrived conveniently ignore all the evidence pointing in the other direction.
The historically anemic growth rates over the past seven years benefited some, but left large swathes of the country as bad or worse off than they were 7-1/2 years ago.
Yes, the official unemployment rate is currently 4.8%. But the broader measure of unemployment, which includes those who are underemployed or who've given up looking but want a job, is still a shockingly high 9.4%. By comparison, it was 8.8% just before the Great Recession started, and has been as low as 6.8% since the Bureau of Labor Statistics started this separate measure in 1994.
Meanwhile, 14 million people have dropped out of the labor force since the economic recovery started in June 2009. That's more than the number of jobs created over those same months. The labor-force participation rate is just 62.9%, down from 65.7% when the recovery started, and the average length of unemployment today is 25 weeks, which is three weeks longer than it was in June 2009.
When it comes to incomes, there are also plenty of problems to address. The overall real median family income climbed less than 2% over the past seven years. But the poorest fifth of households saw their incomes decline, according to the latest Census data.
There were more blacks and more Midwesterners living in poverty in 2015 than in 2009, Census data show. And 11 million more people are on food stamps.
Which of these worrisome indicators are those "outside experts" willing to toss overboard to make the economy look better?
Was the economy on the brink of disaster when Trump took office? No. But it is certainly reasonable to say that it was, in many ways, a mess.
Source>http://www.investors.com/politics/editorials/the-mess-trump-inherited-is-real/
Posted by theodore miraldi at 11:22 AM