The magazine would rather settle than search 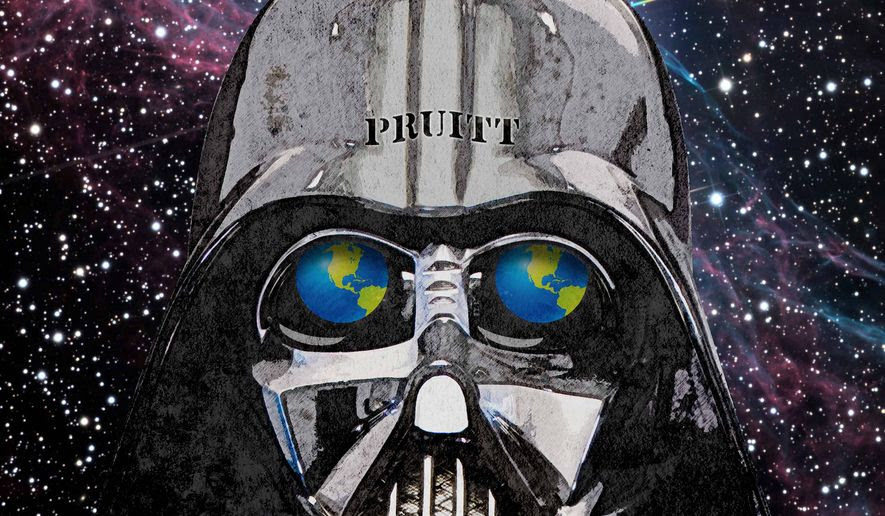 
ANALYSIS/OPINION:
As demonstrated by the confirmation hearings of Scott Pruitt for new Environmental Protection Agency chief, all-out war is being waged against the Trump administration by leftists who believe science is under attack from the evil empire.
Belief that this new administration puts science in jeopardy is not surprising given the fact that so many are confused about what science is, how it is practiced, and what it can tell us about the future.
The popular press adds to the confusion about science. Take the Feb. 13 issue of Time magazine, for example. In an article titled “How a war on science could hurt the U.S. — and its citizens,” the authors open with this assessment of science: “The discipline of science is one where the facts, once they are peer-reviewed and published in scientific journals, are fixed. They’re not open to interpretation, or at least not much.”
There are numerous problems with this confused understanding of science. Regardless, the authors continue by contrasting “science” with politics “in which nearly everything can be negotiated. But as the first days of the Trump administration have shown, many of those seemingly settled scientific facts — the ones that have informed countless policies from previous U.S. administrations — are once more up for debate.”
Science can be defined at its most basic level as “knowledge,” or what we think we know about a given topic. Since absolute truth on a subject is elusive, science is tentative, adjusted as additional information is accumulated through more research and wider perspective and, yes, even debate.
In practice, science can certainly be influenced by politics or, essentially, ideology. Those on the left apparently do not see a leftist ideology permeating certain areas of contemporary scientific practice and so equate scientific conclusions that endorse their beliefs as being absolutely irrefutable.
This blinkered perception manifests itself as “settled science” and is apparent in climate change science, and especially the power of this science to ascertain Earth’s future climate.
Accurate prediction is one of the biggest challenges in scientific practice, and indeed an accurate prediction for the right reasons is one of the conditions for a scientific assertion to be correct.
Here’s where climate science has fallen woefully short in recent decades.
The prediction that man-made carbon-dioxide emissions drive catastrophic climate change beginning with mounting global temperatures has been proven paltry at best. Yet, the dire global warming prediction, years ago, evolved into a belief and brandished as a proselytizing mantra by climate change crusaders.
Now the current climate change hypothesis is struggling and can use some insight from qualified, skeptical scientists to broaden the ambient landscape.
That broadening is difficult with a Time-skewed understanding of science and scientific practice. To say that the discipline of science is where facts are fixed once they are peer-reviewed and published is confused at best. Scientists use facts (like those associated with the fundamental principles of physics) as they observe natural events, propose hypotheses, and test their explanations of what they observe. Hypotheses are submitted to peer-reviewed scientific journals for critique.
The peer-review process is assumed to be rigorous, fair and balanced; however, that is not always the case. Documented instances have occurred where data in published reports were discovered to be falsified, or when work described was never actually performed, or when only friendly reviewers were chosen to assure acceptance of the conclusions, and the like. So, facts cannot be determined by peer review any more than real truth can be decide by an ad hoc committee. And published results are always open to further review, challenges and certainly interpretation.
True believers trust that their concept of science is rock-solid, especially when the science they choose to believe conforms to their preconceived notions.
But, the current world of climate science has been astutely branded by some challengers as a “climate-industrial complex.” The moniker may be well suited to describe the seemingly enormous political and monetary influence of this particular field by left-leaning vested interests.
Perhaps, with the arrival of the pragmatic Trump team, including Scott Pruitt, the climate world of “seemingly settled scientific facts” is about to be rocked by a bit more conservative assessment.
Source>http://www.washingtontimes.com/news/2017/feb/21/scott-pruitt-will-fight-global-warming-alarmism/
Posted by theodore miraldi at 1:50 PM