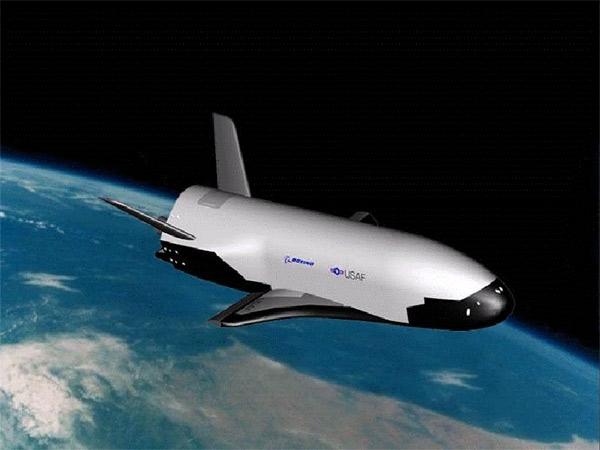 The U.S. Air Force's X-37B space plane is just eight days away from setting a record on its current clandestine mission.

If the robotic vehicle stays aloft until March 25, it will break the X-37B mission-duration mark of 674 days, which was established back in October 2014.
It's unclear whether that will actually happen, however; the Air Force is tight-lipped about most X-37B payloads and activities, including touchdown plans. [The X-37B's Fourth Mystery Mission in Photos]
"The landing date will be determined based on the completion of the program's on-orbit demonstrations and objectives for this mission," Capt. AnnMarie Annicelli, an Air Force spokeswoman, told Space.com via email when asked when the current mission might end.

All four X-37B flights have launched from Florida's Cape Canaveral Air Force Station, and the first three landed at Vandenberg Air Force Base in California. But the Air Force has been working to consolidate X-37B launch and landing activities on Florida's Space Coast, and that vision includes bringing the vehicles down at the Shuttle Landing Facility at NASA's Kennedy Space Center (KSC), which is next door to Cape Canaveral. [The X-37B Space Plane: 6 Surprising Facts]
Rumors have swirled that OTV-4 will land at KSC, but that's all they are at the moment — rumors. Capt. Annicelli declined to confirm or refute such speculation.
"While the program has the capability to land at either KSC or Vandenberg, the landing location is determined by a variety of factors," she said.
Because of the secrecy surrounding the X-37B program, some people have speculated that the vehicle is a space weapon. But the Air Force has always vigorously contested such claims, saying that the space plane is simply testing technologies and helping researchers conduct in-space experiments.
"Technologies being tested in the program include advanced guidance, navigation and control, thermal-protection systems, avionics, high-temperature structures and seals, conformal reusable insulation, lightweight electromechanical flight systems, advanced propulsion systems and autonomous orbital flight, re-entry, and landing," the Air Force's X-37B fact sheet states.