“All I Want for Christmas is White Genocide.” 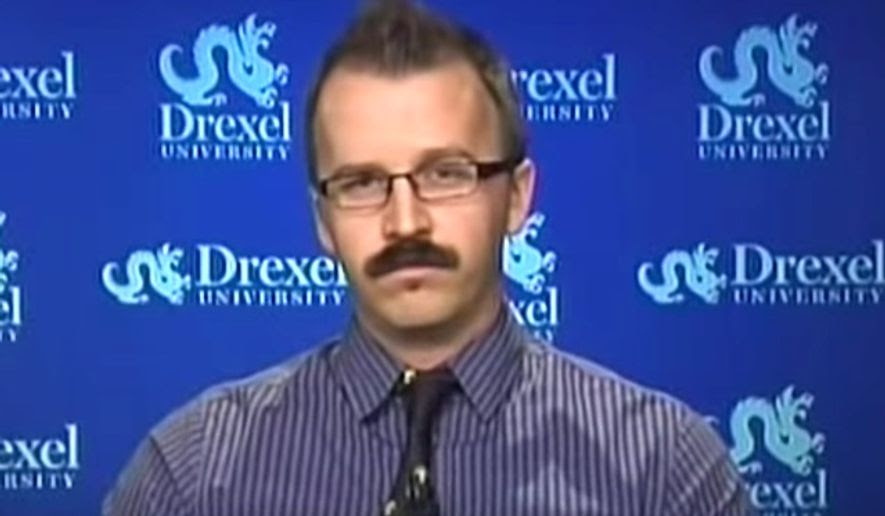 
A Drexel University professor says he wants to “vomit” when airline passengers give up first-class seats to U.S. troops.
George Ciccariello made national headlines in December when he tweeted “All I Want for Christmas is White Genocide.” The associate professor of political science made waves again on Sunday when he witnessed a civilian honor U.S. military service by trading away a first-class ticket.
“Some guy gave up his first class seat for a uniformed soldier. People are thanking him. I’m trying not to vomit or yell about Mosul,” Mr. Ciccariellowrote.
The tweet, which has been shared nearly 2,000 times and “liked” by over 800 others, did not escape the attention of Townhall columnist — and veteran — Kurt Schlichter.
“You tried not to vomit or yell? No, you just sat there quietly like a little b****. Ignored, irrelevant, wishing you were a man,” Mr. Schlichter tweeted, Heat Street reported Wednesday.
Conservative commentator and columnist Harry Khachatrian added: “Imagine being a parent spending $42,000 to send your kid to @DrexelUniv, where this guy is employed as an educator.”
The Twitter backlash didn’t stop there.
“I’ve worked w Vietnam Vets w PTSD. This tweet literally made me sick to my stomach,” wrote one user. “Life’s easy from the cheap seats.”
Mr. Ciccariello was not punished after his “white genocide” tweet in December, although the university issued a statement calling his commentary “utterly reprehensible” and “deeply disturbing.”
“The University vigorously supports the right of its faculty members and students to freely express their opinions in the course of academic debate and discussion,” University President John A. Fry said in a statement released Dec. 29. “In this vein, we recognize Professor Ciccariello-Maher’s tweets as protected speech.”
Source>http://www.washingtontimes.com/news/2017/mar/29/george-ciccariello-drexel-professor-wants-to-vomit/
Posted by theodore miraldi at 12:42 PM