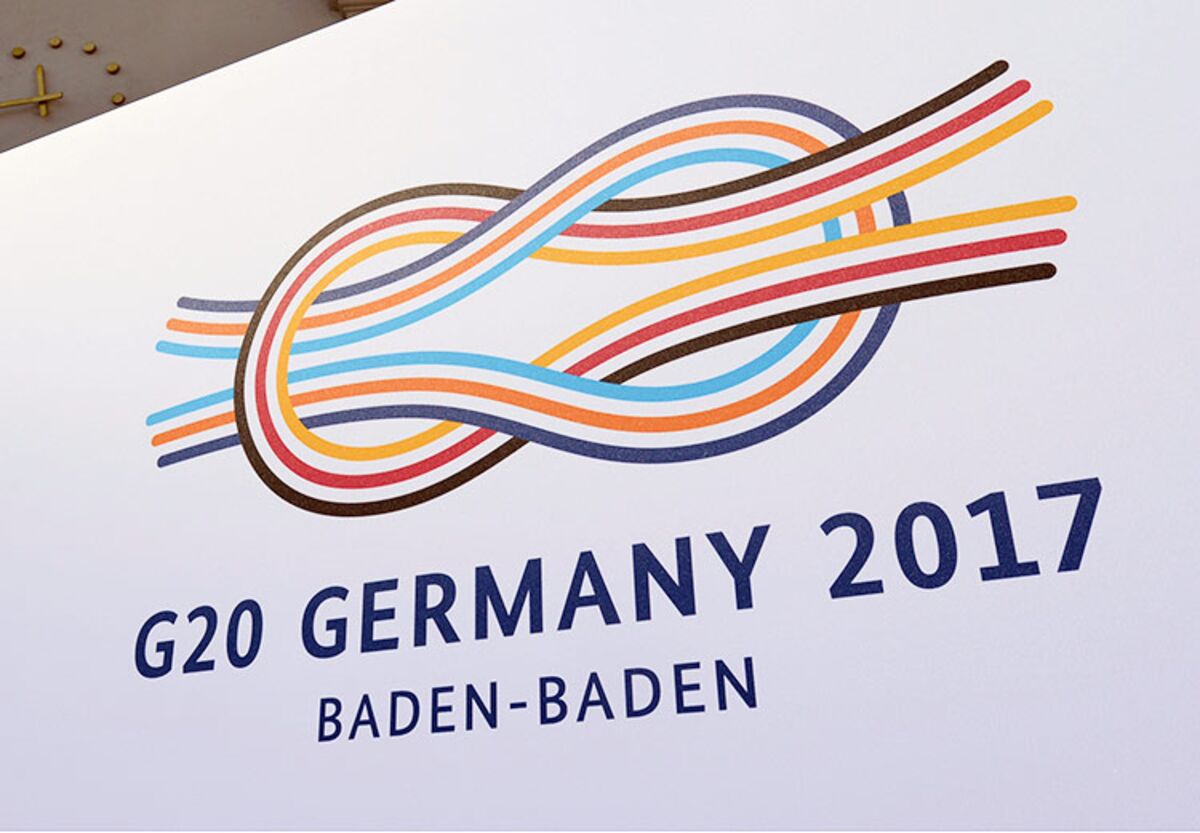 Rainer Buergin, Jeff Black, Josh Wingrove
Finance chiefs of the world’s largest economies set aside a pledge to avoid protectionism and signed up to a fudged statement on trade instead, in response to the Trump administration’s call to rethink the global order for commerce.
Group of 20 nations said in a communique on Saturday that they are “working to strengthen the contribution of trade to our economies.” While the U.S. didn’t get all it wanted -- such as a explicit pledge to ensure trade is fair -- that’s a much pared-down formulation compared with the group’s statement last year, and omits a promise to “avoid all forms of protectionism.”
In two days of meetings in the German town of Baden-Baden, the argument by U.S. Treasury Secretary Steven Mnuchin, in his first appearance at an international forum in the role, reflects claims by President Donald Trump that his nation has had a bad deal from the current global trade setup. That attitude pitched him against most other delegates, who favored a multilateral, rules-based system as embodied in the World Trade Organization.
“My view is that the Americans were doing what any new administration would do -- they were looking at the language through their lens,” said Bill Morneau, Canada’s finance minister, who made a last-ditch push for the compromise. “Their lens is: how can trade benefit the U.S.? Everyone else has the same lens, but every other country has the advantage of being at the previous meeting.”
The mood was highlighted the previous day at the White House, where Trump met German Chancellor Angela Merkel and repeated his complaints that his country has been treated “very, very unfairly” in trade arrangements.
While delegates greeted Mnuchin and said that he had been engaged in the process, they said he didn’t elaborate on how the U.S. considers itself to be treated unfairly. It wasn’t possible to reconcile his stance and that of the other members in any substantive way. Officials may continue to seek greater consensus on trade between now and the G-20 leaders summit in Hamburg in July.
I “regret that our discussions today didn’t end in a satisfactory manner,” French Finance Minister Michel Sapin said in a statement. In a press conference later, he said that “there wasn’t a G-20 disagreement, there was disagreement within the G-20 between a country and all the others. This isn’t a caricature, this is the reality of things.”
The communique also committed to “further strengthening the global financial architecture” and said members support work to finalize the Basel III framework on bank regulation. It dropped a reference to climate change, in the face of resistance from countries including the U.S., China, India and Saudi Arabia.

As the end of the day approached, G-20 host Germany found itself trying to broker fresh compromises or risk dropping trade from the statement altogether. The final result was a statement longer on generalities than hard promises.
“We met at a time when the global economic recovery is progressing,” the G-20 said at the start of the communique. “But the pace of growth is still weaker than desirable and downside risks for the global economy remain. We reaffirm our commitment to international economic and financial cooperation.
Source>https://www.bloomberg.com/news/articles/2017-03-18/g-20-drops-anti-protectionist-pledge-as-trump-stance-goes-global
Posted by theodore miraldi at 7:05 PM