HALF Of All FEDERAL ARRESTS Related To IMMIGRATION 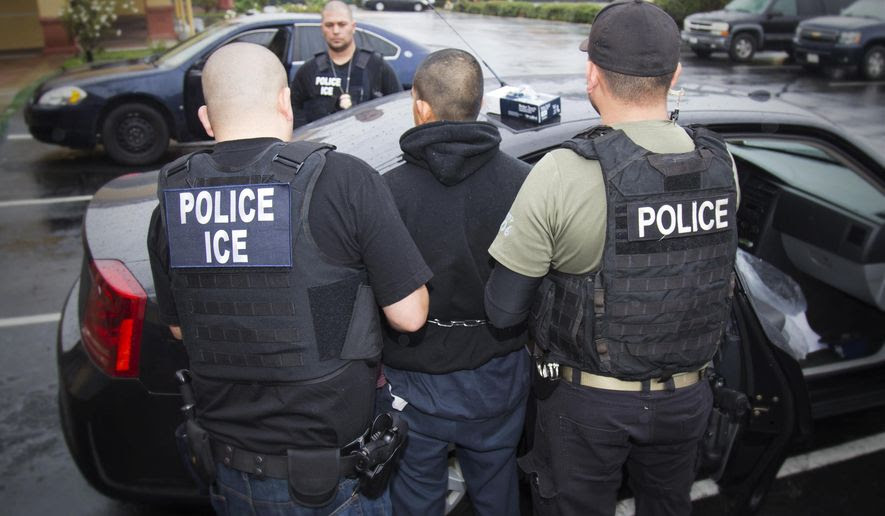 Immigration arrests and border-related cases have swamped the federal government, the Justice Department said Thursday, pointing to new statistics that show half of all arrests made by federal authorities in 2014 were for immigration offenses.

The five judicial districts along the U.S.-Mexico border also accounted for nearly 40 percent of people given federal sentences that year, the statistics show.
And the Justice Department said repeat offenders were also more likely in those border districts than elsewhere in the country.
“These statistics make it clear that immigration-related offenses along the United States border with Mexico account for an enormous portion of the federal government’s law enforcement resources and that we must enforce our immigration laws in a way that consistently deters future violations,” said Sarah Isgur Flores, a spokeswoman for the attorney general.
Overall arrests actually dropped in 2014, as did immigration arrests, as the Obama administration continued to narrow the range of illegal immigrants it deemed targets for enforcement.
But as a percentage of criminal activity, immigration still accounted for 49.7 percent of all arrests, the statistics show.
The five districts along the border — Arizona, New Mexico, southern California, southern Texas and western Texas — combined for 60.9 percent of arrests. Indeed, southern Texas alone accounted for a fifth of all federal arrests that year, while Arizona was just behind at 19.3 percent.
The second-ranking offense behind immigration was drug charges, at 14.4 percent — less than a third of the rate of immigration charges.
Sex offenses, meanwhile, were the fastest-growing segment of arrests for federal agents, rising from about 500 in 2010 to about 3,500 in 2014.
Texas, Arizona, South Dakota, the middle of Florida and the eastern district of Virginia were all at the top of the sex offenders arrest tally in 2014.
The 81,881 immigration arrests does include double-counting. About 9 percent of those nabbed for immigration offenses in 2014 were actually caught at least twice that year — raising questions of why they weren’t deported after the initial offense.
Customs and Border Protection, which oversees the Border Patrol, made 64 percent of all immigration arrests, while U.S. Immigration and Customs Enforcement, which handles deportation and interior immigration matters, arrested 30 percent.
But the arrests were heavily limited to the border area.
Most of the country saw little immigration enforcement, as Mr. Obama’s priorities carved most illegal immigrants out of any danger of deportation.
Source>http://www.washingtontimes.com/news/2017/mar/23/half-all-federal-arrests-related-immigration/
Posted by theodore miraldi at 1:32 PM