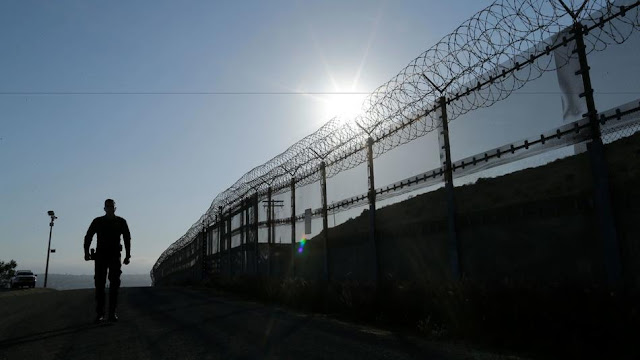 Matt Hamilton
Federal agents in San Diego have arrested the attorney general for the Mexican state of Nayarit on charges that he conspired to smuggle heroin, cocaine and methamphetamine into the U.S.
Edgar Veytia, 46, was detained Monday at the U.S. border in San Diego on an indictment handed down by a grand jury in New York, Ralph DeSio, a spokesman for U.S. Customs and Border Protection, said Wednesday.
As attorney general, Veytia is the top law enforcement official in Nayarit, a state in western Mexico between the cities of Mazatlán and Puerto Vallarta.
The indictment charges Veytia with conspiring to manufacture and distribute illicit drugs and import them into the U.S. from 2013 — the year he became attorney general — until February of this year. Court papers refer to Veytia by a range of aliases, including Diablo, Eepp and Lic veytia.
Federal officials did not release additional details about the inquiry except that it involved agents from the FBI, Drug Enforcement Administration and the Department of Homeland Security.
The indictment was filed March 2 in the Eastern District of New York and unsealed Tuesday by a U.S. magistrate judge in Brooklyn.
After his arrest, Veytia appeared before a federal magistrate judge Tuesday and was being held in the Metropolitan Correctional Center in San Diego, according to custody records.
Defense attorney Guadalupe Valencia said he was retained to represent Veytia for removal proceedings to New York, where the criminal case was filed. The removal hearing is scheduled for April 11.
“It’s a brand new case,” Valencia said. “No one has any info other than the indictment.”
Roberto Sandoval Castañeda, the governor of Nayarit, issued a statement pledging to uphold public safety. At a news conference, he also announced that Carlos Alberto Rodriguez Valdez would assume the duties of attorney general.
“I want to make it very clear to the people of Nayarit, men and women, as your governor, I will personally take care of security,” Sandoval Castañeda said. “We will not lower our guard; we will remain one of the safest states.”
Source>http://www.latimes.com/local/lanow/la-me-ln-arrest-border-drug-trafficking-20170329-story.html
Posted by theodore miraldi at 11:09 PM