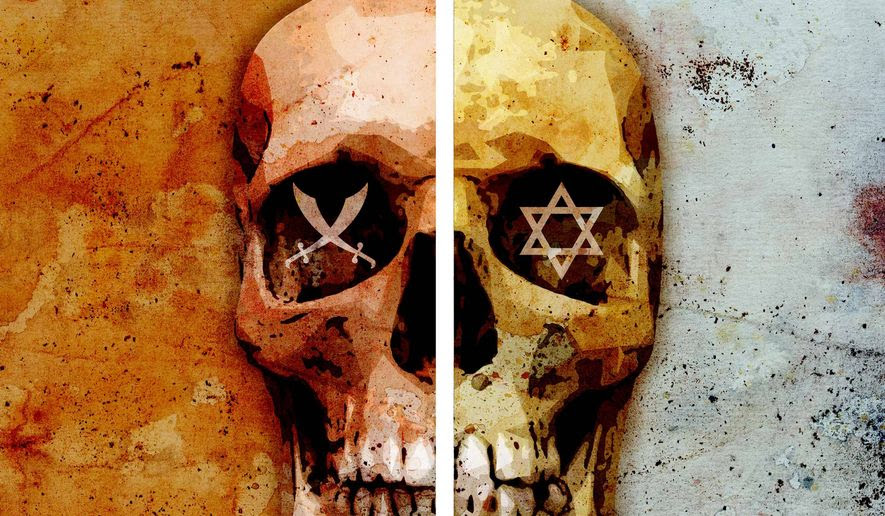 
ANALYSIS/OPINION:
President Trump has issued a modified version of his previous immigration policy executive order that was stalled six weeks ago by a federal judge in the state of Washington. Mr. Trump has been under relentless attack from those on the left against his efforts to limit immigration from terrorist-producing areas and his call for comprehensive vetting and background checks. Beyond doubt, it is the first and most important duty of a president to protect the lives of a country’s citizens, especially where a possibility exists of terrorists being embedded within a particular immigration flow. As the president previously stated, to not strictly enforce our immigration laws is “not compassion but recklessness.”
Some groups are exploiting the Holocaust to promote unrestricted Syrian and other Mideast immigration into this country. However, it is incorrect to draw a parallel between the Jews who fled Europe in the 1930s, who were, as Jews, specific targets for genocide and Nazi concentration camps, and those today wishing to escape the civil war in their Mideast countries. The Syrians, for example, are not being targeted because they are Muslims, and there is no Final Solution planned against them. Their civil wars have placed them in very difficult circumstances, but it is not comparable to the deliberate and planned Final Extermination which was specifically directed at Jews as Jews during the once-in-history Holocaust. It’s a different category altogether.
Furthermore, comparisons to the Holocaust situation are improper, for there were no Nazi agents embedded within the fleeing Jews; the Jews did not harbor a cultural or religious ideology wishing to sow physical destruction on the American people; and there were no rabbis in the 1930s sending forth commands worldwide to destroy the “infidels.” Indeed, the completely innocent Jews of Europe had nowhere to go, no country to take them in — there was not yet a State of Israel — whereas there are 57 Islamic states, many exceedingly wealthy, who could be providing safe haven to their Islamic brothers.
If there is a genocide parallel it involves the Christians of the Middle East who have for decades been targets of the Muslim genocide against them simply for being Christian. And yet, the left has been silent regarding the plight of Christians. During the Obama years, Christian immigration here from Islamic territories was, based on population percentages, 90 percent less than what it should have been. Mr. Obama moralized about “not using a religious litmus test” to overweigh Muslim immigration, while severely undercutting and ignoring thousands of Christian refugees begging to be rescued from the Islamic jihad against them.
Thus, one can’t be blamed for wondering if specific concern by the left for Muslim migrants and lack of concern or outrage regarding oppressed Christian refugees has more to do with transforming our demographics and historic culture, our voting patterns and outcomes, and diminishing the historic Judeo-Christian outlook in our civic life.
The Jewish community need be mindful that it has become the nation’s highest victim of attacks precisely because of, as reported in 2014 and 2015, assaults coming from members of the Muslim community. Such is the case for Jews not only here but even more so in Europe. In addition, anti-Israel Muslim groups on campus are harassing, physically attacking, and harming Jewish college students all across America. There are far too many postings and rally signs coming from members of other Islamic groups calling for “throwing Jews into the ovens” or “wishing Hitler had finished the job.”
Some involved in this violence are themselves young immigrants from Islamic countries, while others are the offspring of immigrants. This is all the more reason for comprehensive and serious background checking. Tough and thorough vetting is good for America and can prevent the importation and implementation of anti-Semitism, something morally desirable. The onus of proof should be on those seeking entry here, not the U.S. government.
While we all agree that not all, 100 percent of immigrants from these countries, are on a jihadi or shariah mission, way too many are. To those bullied and shoved on campus, or those killed in an explosion in Fort Lauderdale, Boston, Columbus, San Bernardino, or Nashville, it’s little comfort or solace that their life or limb was taken only from the bad percentage.
Mr. Trump has repeatedly called for and is working toward establishing safe-havens in Mideast territories closer to the locations of those wishing to leave war-torn areas. Saving the lives of fellow Americans is a religious, historic and civic duty. Mr. Trump’s goals and tenacity represent moral and genuine leadership.
Source>http://www.washingtontimes.com/news/2017/mar/23/immigration-after-wwii-not-the-same-as-unrestricte/
Posted by theodore miraldi at 10:45 AM