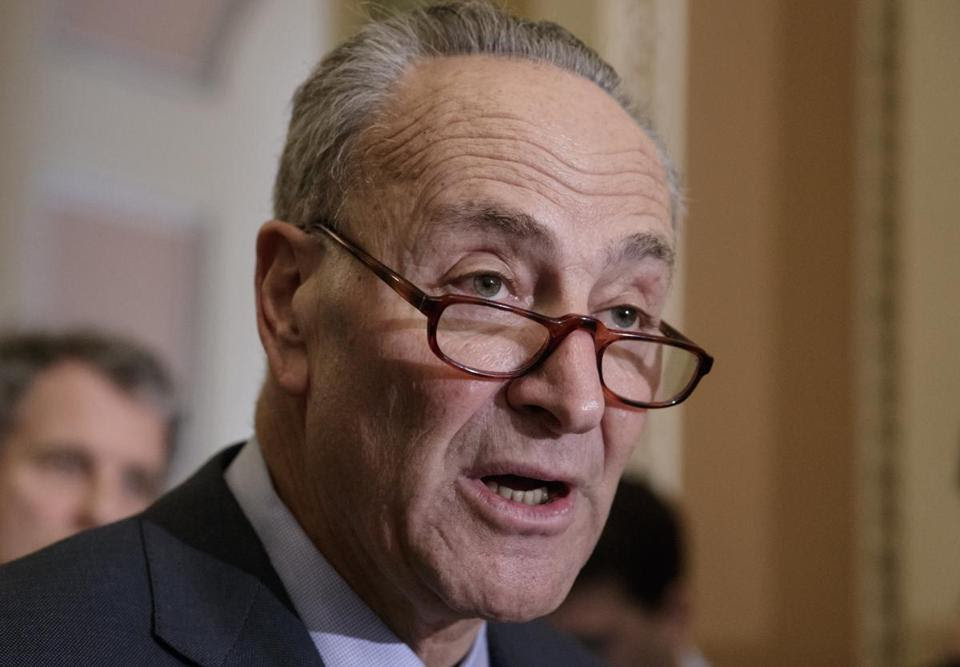 WASHINGTON - As the Senate Judiciary Committee was hearing from witnesses for and against Judge Neil Gorsuch, his Supreme Court nomination was delivered a critical blow: Senate Minority Leader Charles Schumer, D-N.Y., announced he would oppose Gorsuch and join other Democrats in filibustering the nomination, making it likely that the judge will struggle to find the support needed to clear a 60-vote procedural hurdle.
Gorsuch ‘‘was unable to sufficiently convince me that he'd be an independent check’’ on President Donald Trump, Schumer said in a Senate floor speech.
Gorsuch is ‘‘not a neutral legal mind but someone with a deep-seated conservative ideology,’’ Schumer added. ‘‘He was groomed by the Federalist Society and has shown not one inch of difference between his views and theirs.’’