Cities could lose billions of dollars 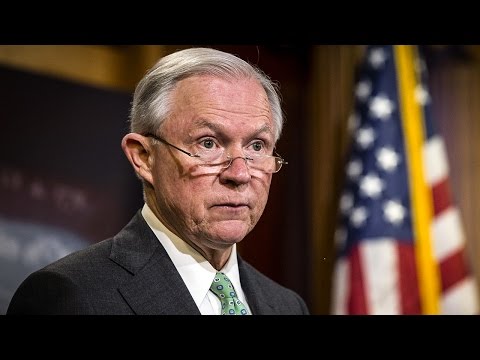 Attorney General Jeff Sessions said Monday he’ll begin punishing sanctuary cities, withholding potentially billions of dollars in federal money — and even clawing back funds that had been doled out in the past.
Speaking at the White House, Mr. Sessions said his department is preparing to dole out more than $4 billion in funds this year, but will try prevent any of it from going to sanctuaries.
“Countless Americans would be alive today … if these policies of sanctuary cities were ended,” Mr. Sessions said.
He said he’s carrying out a policy laid out by the Obama administration last year, which identified three grant programs — the COPS grants, Byrne grants and State Criminal Alien Assistance Program money — that already require sanctuary certification.
The Obama administration didn’t end up enforcing that policy, but Mr. Sessions said he’ll begin.
Sanctuaries are jurisdictions that thwart federal immigration agents’ efforts to deport illegal immigrants, usually be refusing to comply with detainer requests from U.S. Immigration and Customs Enforcement (ICE).
More than 100 cities and counties were identified last week in ICE’s inaugural public name-and-shame list of sanctuaries.
Some of the sanctuaries refuse all communication with ICE, saying they want no part of helping deport anyone. But other jurisdictions say they’re concerned about the legal implications of holding someone for ICE agents, and say federal agents’ requests aren’t good enough.
On Friday ICE issued a new detainer form, replacing a jumble of forms that had emerged under the Obama administration. ICE’s new single form allows agents to demand notification when a potential deportee is about to be released from custody, and also asks that the target person he held for up to 48 hours so agents can get there to pick the person up.
The notification requirement is controversial with only a handful of the most strident sanctuaries, but the 48-hour hold is more problematic.
The National Sheriffs’ Association said it was looking for a clearer policy statement from Mr. Sessions.
“Until the Department of Justice issues legal guidance confirming the constitutionality of current detainers, sheriffs will remain exposed to legal and ethical ramifications,” Jonathan Thompson, executive director of the association, said last week.
Source>http://www.washingtontimes.com/news/2017/mar/27/jeff-sessions-says-hell-punish-sanctuaries-cities/
Posted by theodore miraldi at 5:41 PM