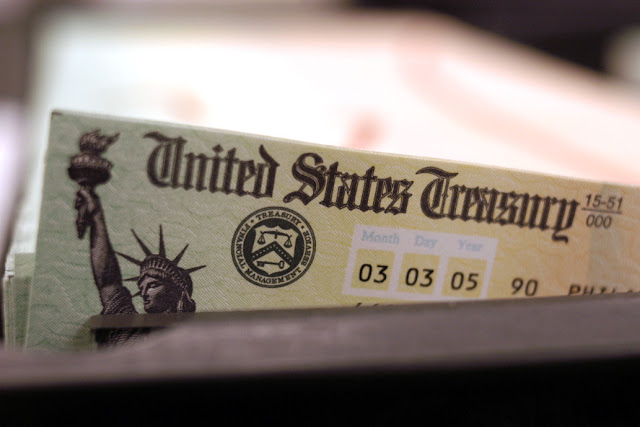 
Last week President Trump put forth an aggressive federal budget designed to cut excess from various government agencies while protecting Social Security.
This is the right tack budget-wise, because as Trump the candidate said, “You made a deal a long time ago, a long time ago.”
I believe the Social Security trust fund needs to be managed much better. While virtually everyone knows there are problems with Social Security, very few offer a logical or serious solution.
Just because Social Security was formed by FDR doesn’t mean that today we have to use New Deal economics to solve the problem.
Actually, by its 100th birthday in 2035, Social Security could be bust. What a way to celebrate!
The problem is that 100 percent of the Social Security trust fund is invested in ultra-low-yielding government securities and “special government
securities.”
The government essentially raids the cookie jar and uses the trust fund cash for other governmental purposes — then puts an IOU in its place.
The US needs to save the trust fund now by freeing up the investments.
Let’s look at the numbers. In 1928, $100 invested in three-month Treasury bills, would be worth $1,988 today. If invested in 10-year Treasury bonds that same $100 would be worth $7,110.
However, if the same cash was invested in the broad (S&P500) stock market, it would be worth $328,584.
And the US markets have had many booms and busts in those 89 years.
It is time to disallow the use of Social Security cash to fund government’s overspending, and time to invest those dollars in American financial markets.
In 2016, the average Social Security recipient received $1,348 a month. In 2017, using the cost-of-living adjustment (COLA) increase of 0.3 percent, the yearly raise was $4, to $1,352. America’s seniors deserve a better increase than that.
Source>http://nypost.com/2017/03/19/lets-stop-using-social-security-cash-to-fund-federal-overspending/
Posted by theodore miraldi at 7:44 PM