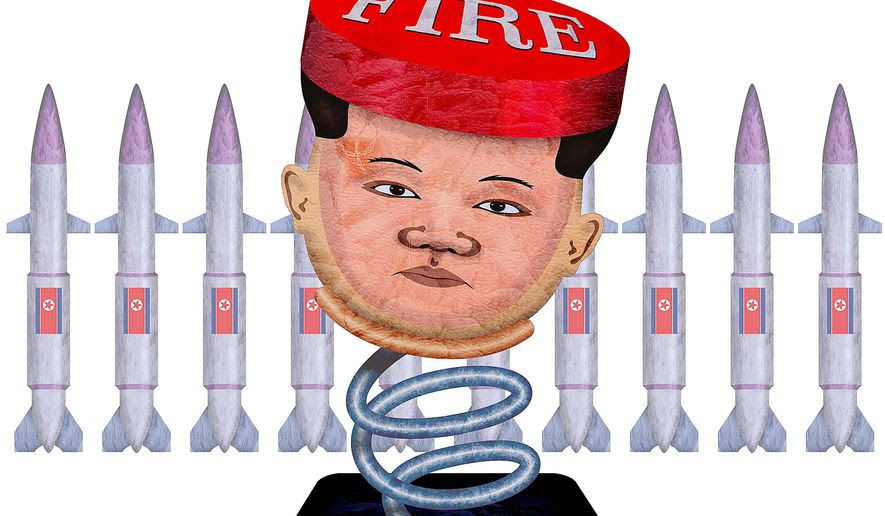 ANALYSIS/OPINION:
In 2015 the Intelligence Community declassified The 1983 Soviet “War Scare” — the definitive report by the president’s Foreign Intelligence Advisory Board on how and why the USSR nearly launched a preemptive nuclear strike during the NATO theater nuclear exercise ABLE ARCHER-83, held in November 1983.
For months prior to ABLE ARCHER-83, Moscow warned vociferously that deploying U.S. missiles to European NATO would result in World War III.
Washington dismissed Soviet threats as “bluster” to frighten NATO into non-deployment of these first theater nuclear missiles with range to reach Moscow. After all, Soviet SS-20 missiles posed a far greater threat to NATO.
And ABLE ARCHER-83 was routine. The only thing new was the exercise would include the new nuclear missiles.
We did not know it then, but subsequent analysis proved Moscow misconstrued ABLE ARCHER-83 as cover for a surprise nuclear attack. The USSR prepared a surprise of their own — a preemptive nuclear strike, which they very nearly launched, and almost certainly would have done so if the exercise continued another 24 hours.
Many analysts regard the 1983 Soviet war scare as more dangerous than the 1962 Cuban Missile Crisis.
Now the U.S. and South Korea are conducting a routine military exercise FOAL EAGLE-17 mobilizing thousands of troops. For the first time, the U.S. has deployed THAAD missile defenses to protect South Korea from North Korean nuclear strikes. B-52 nuclear bombers will be flown into South Korea.
The focus of the war game is preemptive warfare to prevent North Korea from launching nuclear missiles, including by U.S. nuclear first strikes against North Korean forces and leadership.
North Korean dictator Kim Jong-un is threatening preemptive nuclear war.
Pyongyang wrongly declares, as it does every year during routine U.S.-South Korean military exercises, that these are no war games, but this time a real impending U.S. surprise attack. North Korea fired four missiles which splashed down close to Japan, a rehearsal for nuclear strikes against U.S. bases according to Pyongyang.
Many dismiss Kim Jong-un’s nuclear threats as mere “bluster.”
This is a profoundly dangerous underestimate.
Kim Jong-un is a sociopath who inherited absolute power from his father and grandfather. Like them, Kim is mentally and spiritually absolutely corrupted. Kim is so suspicious of his own followers that he is purging his political and military elites, inventing sadistically ingenious ways of killing even close relatives.
Kim Jong-un is essentially Caligula in the third generation, armed with nuclear weapons. His paranoid personality is exactly the type to start a nuclear war.
Failure to understand the dangerously dysfunctional mind of the North Korean dictator is leading analysts to misread the character of the nuclear threat from North Korea.
For example, Western analysts wrongly assume North Korea must follow a testing regime similar to that for U.S. missiles, where there will be numerous flight tests to perfect the missile before operational deployment.
But North Korea sees itself in a long nuclear crisis with the United States, always on the verge of nuclear war, necessitating that missiles get rushed out the door based on component testing and maybe some minimal flight testing. Pyongyang is in a panic, like Moscow during World War II rushing not properly tested tanks to the front from the factory floor — except Pyongyang’s panic is over nuclear war.
Pyongyang’s nuclear war scare mentality explains why North Korea deployed 30 Musudan intermediate-range ballistic missiles (IRBMs) for nine years based only on component testing, without flight testing. Some Western analysts thought the Musudan was a fake missile — until it was successfully flight-tested last year.
Pyongyang’s panic explains why North Korea has deployed the KN-08 and KN-14 mobile intercontinental ballistic missiles (ICBMs) without flight testing.
Pyongyang’s panic explains why we should be a lot more worried about their KMS-3 and KMS-4 satellites orbiting over the U.S. If nuclear-armed, these satellites could make an electromagnetic pulse (EMP) attack that would blackout North America and kill millions.
Surprise EMP attack by satellite is such an unconventional gambit it is still not on the mental radar screens of most analysts — exactly as Pyongyang hopes.
What is to be done?
President Trump should harden the national electric grid against EMP and cyberattack, starting by appointing new commissioners to the U.S. Federal Energy Regulatory Commission who care more about national security than essentially representing the electric utilities.
Redeploy Aegis guided missile cruisers to plug holes in the National Missile Defense, especially in the southern Gulf coastal states — Florida, Alabama, Louisiana, and Texas.
Modernize the U.S. nuclear deterrent, including development of EMP and cyber weapons capable of neutralizing nuclear missile threats preemptively.
Launch a new Manhattan Project to resurrect President Reagan’s Strategic Defense Initiative and deploy space-based missile defenses to make preemptive warfare unnecessary.
Source>http://www.washingtontimes.com/news/2017/mar/26/war-with-north-korea-inches-closer/
Posted by theodore miraldi at 6:20 AM