Trump: 'WE LEARNED A LOT' From Health Care Debacle 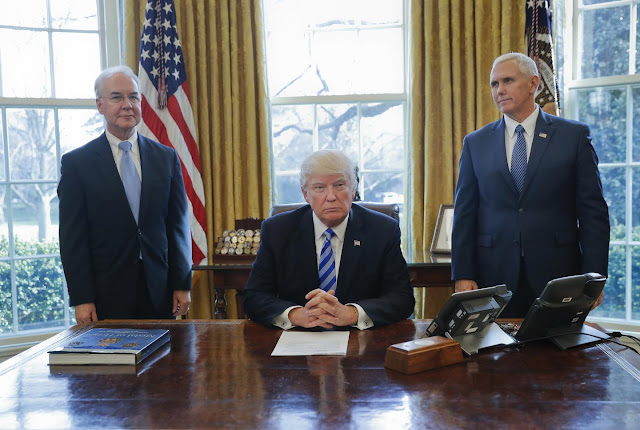 Donald Trump campaigned to repeal and replace Obamacare in his first 100 days in the White House. He boasted of wielding a businessman’s negotiating skills alongside a determined GOP commitment to upend the old ways of Washington with conservative governance.