World 'CRIES OUT' For US And EU Leadership 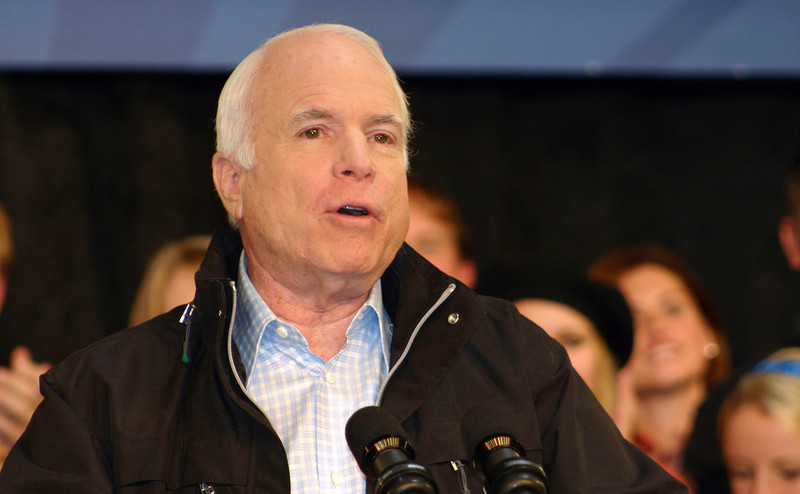 
The world "cries out for American and European leadership" through the EU and Nato, US senator John McCain said on Friday (24 March).
In a "new world order under enormous strain" and in "the titanic struggle with forces of radicalism … we can't stand by and lament, we've got to be involved," said McCain, a former Republican presidential candidate who is now chairman of the armed services committee in the US Senate.
Speaking at the Brussels Forum, a conference organised by the German Marshall Fund, a transatlantic think tank, he said that the EU and the US needed to develop "more cooperation, more connectivity".
"I trust the EU," he said, defending an opposite view from that of US president Donald Trump, who said in January that the UK "was so smart in getting out" of the EU and that Nato was "obsolete".
He said that the EU was "one of the most important alliances" for the US and that the EU and Nato were "the best two sums in history", which have maintained peace for the last 70 years.
"We need to rely on Nato and have a Nato that adjusts to new challenges," he said.
He noted that "the EU has too many bureaucrats, not much bureaucracy," but added that "it's not the only place on earth with that problem."
He said that he was "still wondering what the overall effect of Brexit will be" and that he did not know "if this is the beginning of a serious problem for the EU".
McCain also said that he supported Trump's demand that European countries increase their defence spending for Nato.

'Who drives the tweets?'

But he added that Americans should "also appreciate the fact that over 1,000 young [European] people have given their lives in Afghanistan or Iraq”.
"I don't know what price tag you put on that. That's quite a contribution I would say, if you ask their mothers," he said.
The influential senator, who admitted that he has not met Trump since the election, said it was "too early" to pass judgment on his presidency.
He said he was "very pleased" by Trump's picks for his national security team, but suggested that they were being bypassed by more ideological and less competent people.
"The question is: who does the president listen to, who drives the tweets at 6 in morning?”, he said.
Asked whether he thought that "Russia owns a significant part of the White House," he said: "I don't worry about that."
What worries him, he said, was "the Russian role in our elections", even if he admitted that he has seen "no evidence they succeeded” in affecting the outcome of last year's US vote.

Noting that Russia was now trying to influence elections in France and in Germany, he said that if it succeeded it would be "a death warrant for democracy".
"It's an act of destruction that is certainly more lethal than dropping some bombs," he insisted.
McCain, a Russia hawk, said that Putin wanted to restore the Russian empire: “He wants the Baltics, he has taken Crimea, he's been in Ukraine."
"These are KBG thugs, my friends," he said, referring to the former Russian spy service for which Putin used to work. He added that the US needed to "respond accordingly".
He said however that there was "nothing wrong" if Trump met Putin.
"I'm not against meeting," he said, reminding the Brussels forum that US presidents met Soviet leaders during the Cold War. But he added that "the best way to go to a meeting is with a strong hand" and that was not the case for the US right now.
Source>https://euobserver.com/foreign/137376
Posted by theodore miraldi at 9:41 AM