APPEASERS are Popular Until WAR Breaks Out

A tip from Britain Obama could have used 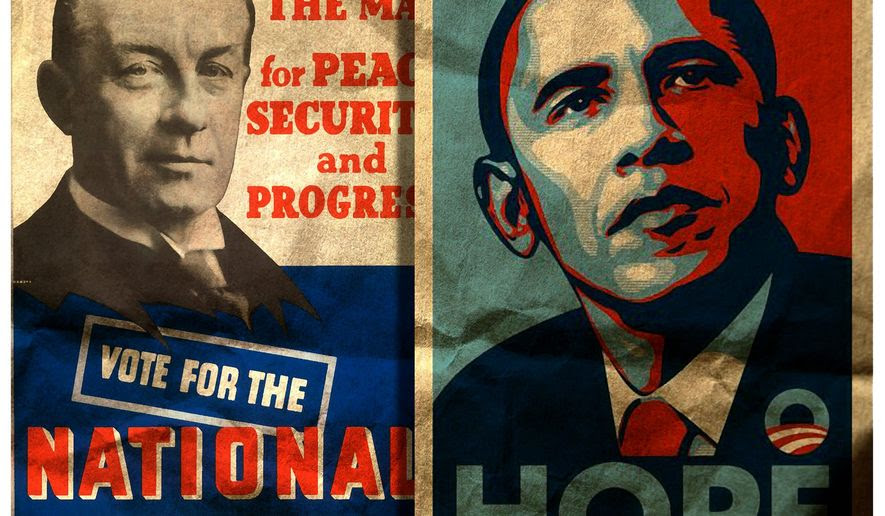 Last year, President Obama assured the world that “we are living in the most peaceful, prosperous and progressive era in human history,” and that “the world has never been less violent.”
Translated, those statements meant that active foreign-policy volcanoes in China, Iran, North Korea, Russia and the Middle East would probably not blow up on what little was left of Mr. Obama’s watch.
Mr. Obama is the U.S. version of Stanley Baldwin, the suave, three-time British prime minister of the 1920s and 1930s. Baldwin’s last tenure (1935-1937) coincided with the rapid rise of aggressive German, Italian and Japanese fascism.
Baldwin was a passionate spokesman for disarmament. He helped organize peace conferences. He tirelessly lectured on the need for pacifism. He basked in the praise of his good intentions.
Baldwin assured fascists that he was not rearming Britain. Instead, he preached that the deadly new weapons of the 20th century made war so unthinkable that it would be almost impossible for it to break out.
Baldwin left office when the world was still relatively quiet. But his appeasement and pacifism had sown the seeds for a global conflagration soon to come.
Mr. Obama, the Nobel peace laureate and former president, resembles Baldwin. Both seemed to believe that war breaks out only because of misunderstandings that reflect honest differences. Therefore, tensions between aggressors and their targets can be remedied by more talk, international agreements, goodwill and concessions.
Ideas such as strategic deterrence were apparently considered by both Baldwin and Mr. Obama to be Neanderthal, judging from Baldwin’s naive efforts to ask Hitler not to rearm or annex territory, and Mr. Obama’s “lead from behind” foreign policy and his pledge never to “do stupid [stuff]” abroad.
Aggressors clearly assumed that Mr. Obama’s assurances were green lights to further their own agendas without consequences.
Iran routinely threatened U.S. Navy ships, even taking 10 American sailors into custody early last year. Mr. Obama issued various empty deadlines to Iran to cease enriching uranium before concluding a 2015 deal that allowed the Iranians to continue to work their centrifuges. Iran was freed from crippling economic sanctions. And Iran quietly received $400 million in cash (in the dead of night) for the release of American hostages.
All that can be said about the Iran deal is that Mr. Obama’s concessions likely ensured he would leave office with a non-nuclear Iran soon to get nuclear weapons on someone else’s watch.
Mr. Obama green-lighted the Syrian disaster by issuing a red line over the use of chemical weapons and then not enforcing it. When Syrian strongman Bashar Assad called Mr. Obama’s bluff, the president did nothing other than call on Russian President Vladimir Putin to beg Mr. Assad to stop killing civilians with chemical weapons.
Nearly five years after Mr. Obama issued his 2012 red line to Syria, and roughly a half-million dead later, Mr. Assad remains in power, some 2 million Middle Eastern refugees have overrun Europe, and Mr. Assad is still gassing his own citizens with the very chemical agents that the Obama administration had claimed were removed.
Mr. Obama’s reset policy with Russia advanced the idea that George W. Bush had unduly polarized Mr. Putin by overreacting to Russian aggression in the former Soviet republic of Georgia. But Mr. Obama’s concessions and promises to be flexible helped turn a wary but opportunistic Mr. Putin into a bold aggressor, assured that he would never have to account for his belligerence.
Middle Eastern terrorism? Mr. Obama assured us that al Qaeda was “on the run” and that the Islamic State was a “jayvee” organization. His policy of dismissing the phrase “radical Islamic terrorism,” along with his administration’s weird assertions that the Muslim Brotherhood in Egypt was “largely secular” and that “jihad” did not mean using force to spread Islam, earned the U.S. contempt instead of support.
Russia and China launched cyber-attacks on the U.S. without worry of consequences. Both countries increased their defense budgets while ours shrank. China built artificial island bases in the South China Sea to intimidate its neighbors, while Russia absorbed Crimea.
North Korea built more and better missiles. Almost weekly, it threatened its neighbors and boasted that it would soon nuke its critics, the American West Coast included.
In other words, as was true of Europe between 1933 and 1939, the world grew more dangerous and reached the brink of war. And like Stanley Baldwin, Mr. Obama was never willing to make a few unpopular decisions to rearm and face down aggressors in order not to be forced to make far more dangerous and unpopular decisions later on.
Baldwin was popular when he left office, largely because he had proclaimed peace, but he had helped set the table for the inevitable conflict to be inherited by his successors, Neville Chamberlain and Winston Churchill.
Mr. Obama likewise ignored rumbling volcanoes, and now they are erupting on his successor’s watch.
In both cases, history was kind while Baldwin and Mr. Obama were in office — but not so after they left.
• Victor Davis Hanson is a classicist and historian with the Hoover Institution at Stanford University
Source>http://www.washingtontimes.com/news/2017/apr/12/obamas-worldview-was-too-rosy/
Posted by theodore miraldi at 7:25 AM