“I thought the point of the joke is that it won’t be long, and that this won’t be a majority white nation, and I think that’s a good thing.” 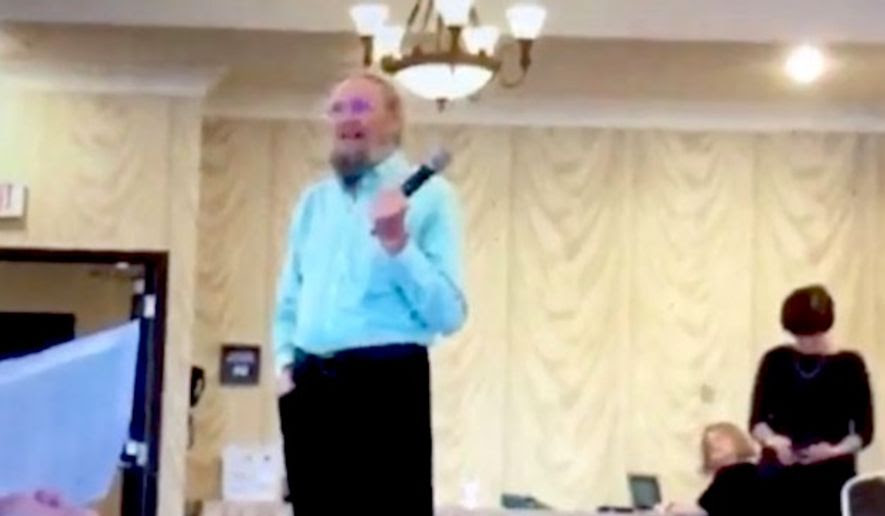 
A Maine-based website has released cellphone video of Democrats at a “Values and Vision” community meeting laughing at suicide among America’s white male population.
Video released Friday from a recent event hosted by the Maine Democratic Party features former state senatorial candidate Richard Fochtmann discussing giddiness at news of white male suicide. The incident, shared by Maine First Media and picked up by The Daily Caller soon afterward, elicited raucous laughter from attendees.
“What we need in Maine is we need younger people — take a look. It looks almost like a lecture for Social Security,” Mr. Fochtmann said. “Okay, so that’s one thing. We need to encourage as many young people. We also need more women. Today I saw a thing that said a lot of men, white men are committing suicide,” he continued. “I almost thought yeah, great. Then I thought about it little more and I thought maybe I shouldn’t say that out in public.”
Mr. Fochtmann told the Daily Caller on Friday that his comments were in jest.
“A joke’s a joke, isn’t it?” he said. “I thought the point of the joke is that it won’t be long, and that this won’t be a majority white nation, and I think that’s a good thing.”
The activist also expressed frustration with the “lack of morality” of people his age.
“There’s no big protest going on about [the Trump] administration,” Mr. Fochtmann said. “It’s anathema to me. I hear a lot of people out there espousing things about being good Christians, being patriots and what not. We just read different history books. Different Bible, everything.”
The Maine Democratic Party ignored multiple requests by the website for comment.