Does America Even Want FREEDOM Anymore? 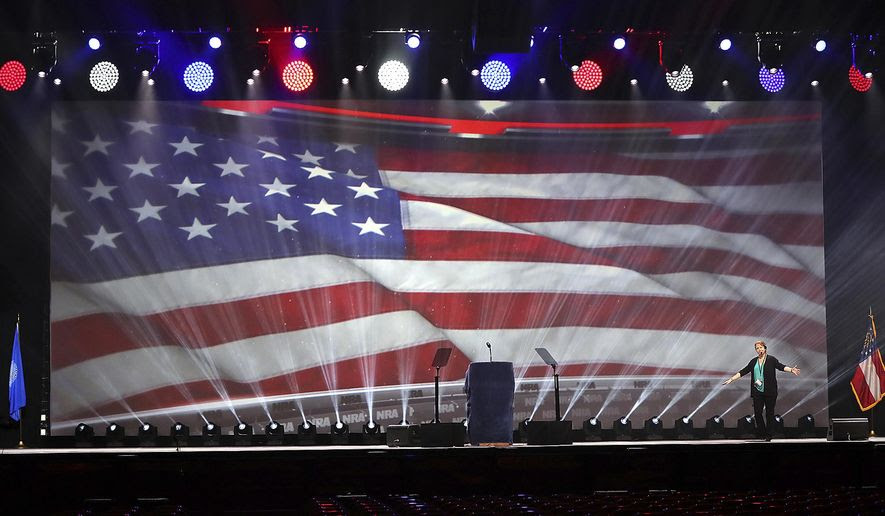 Headlines rocked in recent days about the latest Berkeley episode of snowflake teardropping, the one where conservative bigwig Ann Coulter was supposed to come to campus to speak, but threats of violence from offended students waylaid her plans.
Everybody cried about the hit to free speech — and rightly so. But the Coulter-Berkeley fiasco, and the ding to free speech, is not the problem, in and of itself. It’s only a symptom of a much larger problem — a symptom of a deeper, darker spirit that’s infected America, spreading far and wide as it seeks to destroy the nation’s greatest asset. The fact that in America, our individual rights come from God, not government.
Understand that, and the Berkeley-Coulter tiff is just a small bump on a very rocky road Americans have been traversing for years now, the one that leads away from a heavenly authority and right smack into the hands of a secular force called the kingdom of government. Coulter vs. Berkeley is just a cause-effect example of this — of what really ails the country.
A moral citizenry would not — could not — riot over rhetoric.
Of course, it came on the heels of the same university setting itself on fire over the perceived offenses of former Breitbart newser, Milo Yiannopoulos, who had been scheduled to appear at the campus in February, but who was similarly forced to cancel. Now Milo’s vowing to storm the campus for a seven-day September free speech event, and this is what he says about it: “I’ll bring an army if I have to. I have the money to do it. And if the university refuses to actively help us in planning it or tries to block us, we will make it even longer, a month-long rally, not just one week.”
Storm-trooping for free speech — what have we become, America?
Milo’s mission is similar to one put forth by American Freedom Defense Initiative president Pamela Geller in 2015. Back then Geller oversaw a “Draw Muhammad” contest in Garland, Texas, to show, in blunt fashion, that America’s First Amendment comes before sharia law — that the religion of Islam may prohibit the drawing of their prophet but the U.S. Constitution does not.
For that, she was roundly and soundly criticized and condemned, not just by Muslim groups and their leftist supporters, but also by the media — the media, for crying out loud, which makes its bread and butter off freedom of speech — and by conservatives and Republicans and others who would normally defend the Constitution.
“We absolutely must have other events like this to stand up for free speech,” an unapologetic Geller told NBC News then. “I will not abridge my freedoms so as not to offend savages.”
Storm-trooping for free speech. The sad reality of modern day America.
But it’s not just speech that’s being stifled around the nation.
“The rise of a surveillance state has raised questions about the legality of how law enforcement agencies acquire new technologies and inform the public of their use,” the Center for Investigative Reporting wrote in May 2014.
Post-9/11, individual privacy rights have routinely been placed secondary to national security. Pat-downs at the nation’s airports have crossed the line into accosting. Data collection and data storage have become mysterious workings of inner-government — ones that thrust even a questioning citizen among the ranks of the suspicious. Public schools have more and more frequently found it perfectly acceptable to enter parental domain to control what students eat, what children read and how they ought to think.
Government bodies that are supposed to serve the people — like the Internal Revenue Service, the Environmental Protection Agency, the Department of Motor Vehicles, to name just a few — far too frequently subjugate, regulate and violate them.
The welfare of the collective is replacing the rights of the individual.
And propelling this socialist view forward is, sorrowfully, the younger generation, comprised of individuals who know nothing of the true price of freedom — who’ve not been forced to pay with sweat and blood and loss, as the patriots of America’s founding days were or as the brave U.S. military fighters of subsequent decades were. Rather, for them freedom is being free of offensive thoughts.
They think freedom means being pain-free, struggle-free, effort-free, offense-free. And they think any kinks that threaten that definition of freedom must be obliterated. Like Coulter, like Milo, like Geller — like all those with patriotic, conservative, free-market, good old-fashioned American principles and Judeo-Christian beliefs. But why do they think that way?
Because our nation, through the years, has chosen to let government be the guide, not God. We’ve picked a path of moral comfort, not compass, and the price is an anything-goes culture that caters to the lowest denominator of humanity.
It’s not Coulter. It’s not free speech. It’s not even snowflakes and the adults who cater to their whines. It’s the loss of God from governance, opening the door to a lawless society and chaotic structure — that’s what really ails us. And that’s what must be addressed, if we really want to be a nation of free people once again.
Source>http://www.washingtontimes.com/news/2017/apr/29/does-america-even-want-freedom-anymore/
Posted by theodore miraldi at 10:09 AM