Cryogenically frozen brains will be 'woken up' and transplanted in donor bodies within three years, claims surgeon 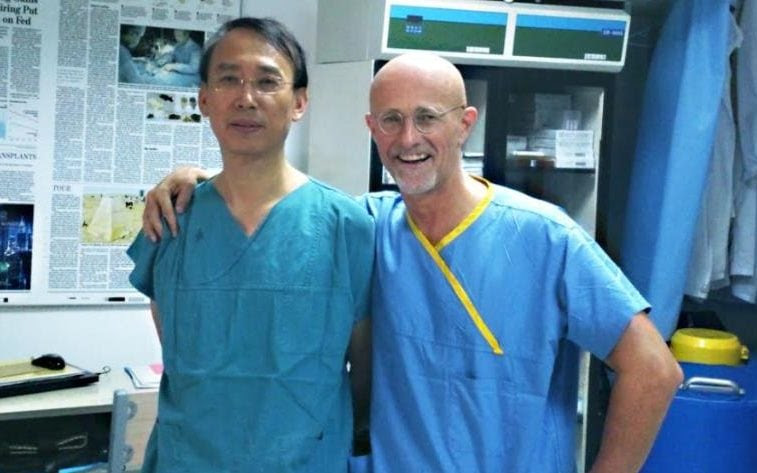 Dr Xiaoping Ren and Professor Sergio Canavero, who believes a brain will be transplanted in the near future

People who have had their brains cryogenically frozen could be 'woken up' within three years, a pioneering Italian surgeon has claimed.

Professor Sergio Canavero, Director of the Turin Advanced Neuromodulation Group, is aiming to carry out the first human head transplant within 10 months and then wants to begin trials on brain transplants.

If the procedures are successful, he believes that frozen brains could be thawed and inserted into a donor body.


Hundreds of people who are dying or paralysed have had their bodies or brains cryogenically preserved in the hope that medical science will be able to bring them back to life and cure their conditions.

Although many experts are sceptical that huge organs like the brain can be thawed without damage, Prof Canavero said he believes the first frozen head could soon be resurrected. 
Speaking to the German magazine Ooom, he said he planned to awaken patients frozen by the Alcor Life Extension Foundation which is based in Arizona.

"We will try to bring the first of the company's patients back to life, not in 100 years. As soon as the first human head transplant has taken place, i.e. no later than 2018, we will be able to attempt to reawaken the first frozen head," said Prof Canavero.

"We are currently planning the world's first brain transplant, and I consider it realistic that we will be ready in three years at the latest.

"A brain transplant has many advantages. First, there is barely any immune reaction,which means the problem of rejection does not exist.

"The brain is, in a manner of speaking, a neutral organ. If you transplant a head with vessels, nerves, tendons and muscles, rejection can pose a massive problem. This is not the case with the brain."
The head transplant gives us the first insight into whether there is an afterlife, a heaven, a hearafter.Professor Sergio Canavero


However Prof Canavero admitted that there could be physical and psychological problems which come with putting a brain in an entirely different body.

"What many be problematic, is that no aspect of your original external body remains the same. Your head is no longer there; your brain is transplanted into an entirely different skull.

"It creates a new situation that will certainly not be easy."

However British scientists are skeptical about whether frozen organs as complex as the brain could ever be fully restored. When the High Court last year ruled that teenage girl could be cryogenically preserved,experts said the chances of revival were "infinitesimal".

Clive Coen, Professor of Neuroscience at King’s College London, said: “The advocates of cryogenics are unable to cite any study in which a whole mammalian brain, let alone a whole mammalian body, has been resuscitated after storage in liquid nitrogen.

“Even if reviving that body were possible - it isn't - all the complicated organs would have been wrecked from the start, and warming them up again would wreck them further.

“Irreversible damage is caused during the process of taking the mammalian brain into sub-zero temperatures. The wishful thinking engendered by cryogenics companies is irresponsible."
Russian man set for world's first head transplant
02:03

Prof Canavero is working with a Chinese team of doctors led by Dr Xiaoping Ren, of Harbin Medical Centre who helped perform the first successful hand transplantation in the US. The technology to carry out the world's first head transplant is expected to be in place by the end of the year, and then the team will then need to find a suitable donor body.

Although Russian computer scientist Valery Spiridonov, who suffers spinal muscular atrophy, had volunteered to become the first head transplant patient, the team have since said the first trial is likely to be carried out on someone who is Chinese, because the chance of a Chinese donor body will be higher. Prof Canavero said a 'high number' of people had volunteered for the transplant.

Last year, the team announced they had successfully carried out a head transplant on a monkey, and released images from the procedure. 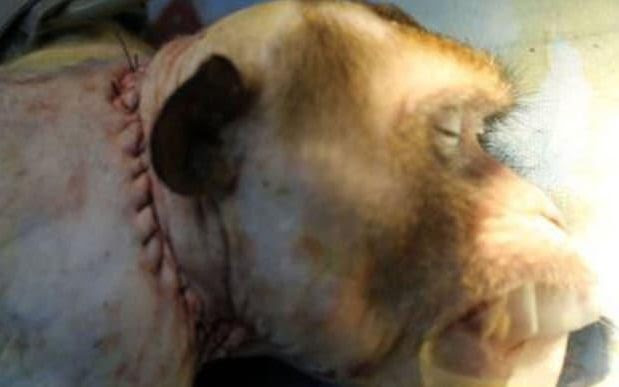 
Prof Canavero said if the human head transplant works, it could have fundamental implications for human consciousness and even religion.

"In a few months we will sever a body from a head in an umprecedented medical procedure. In this phase, there is no life activity, not in the brain, not anywhere else in the body.

"If we bring this patient back to life we will receive the first real account of what actually happens after death. The head transplant gives us the first insight into whether there is an afterlife, a heaven, a hearafter.

"If we are able to prove that our brain does not create consciousness, religions will be swept away forever. They will no longer be necessary, as humans no longer need to be afraid of death. We no longer need a Catholic Church, no Judaisim, and no Islam because religions in general will be obsolete.

"It will be a turning point in human history."

The exclusive interview can be read in full in Saturday's edition of Ooom.

Posted by theodore miraldi at 1:39 PM