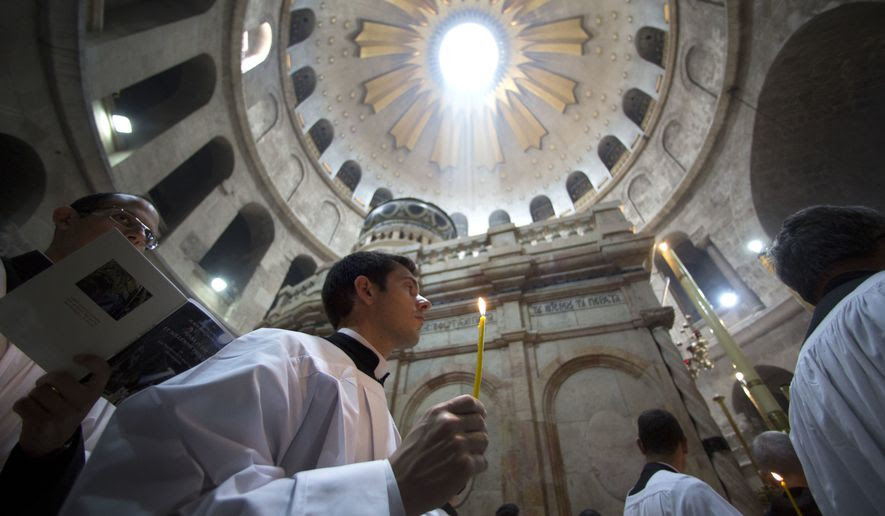 ANALYSIS/OPINION:
Every hour, around the world, a Christian is killed for the simple reason of worshipping Jesus. That’s according to the University of Notre Dame’s Under Caesar’s Sword project, and its in-depth survey, “In Response to Persecution.”
I guess this is an improvement over 2015, when a headline from Gatestone Institute blared, “One Christian Slaughtered Every Five Minutes.”
It’s a 55-minute reprieve, in a tongue-in-cheek manner of remarking.
Still, it’s hardly cause for cheer.
The fact that so many Christians are killed for their faith, and the fact that the media and political world seem to turn a blind eye to such acts of martyrdom and murder — preferring, instead, to focus on, say, hate crimes against Muslims, discrimination against refugees or, in America particularly, racism against blacks — are sad realities that show the depths of the world’s acceptance for such brutality.
Last year, about 9,000 Christians were killed for practicing their faith, the study noted, a figure which was in line with earlier findings from the Center for Studies on New Religions.
That’s up from 2015, when Open Doors USA reported about 7,100 Christians died for their religion. Meanwhile, between 2005 and 2015, a total of 900,000 Christians were persecuted — about 90,000 each year — according to findings from the Center for the Study of Global Christianity.
This gives rise to these big questions: Who’s doing the killing and how do we get them to stop?
Well, much of the killing takes place in the Middle East. Of course.
In Iraq, the Christian population in 2003 stood around 1.5 million. Now? It’s about 275,000 — and falling. Experts say it’ll drop to zero in the next few years.
“The place where persecution of Christians is being most severely experienced is the very place where Christianity all began,” said Cardinal Donald Wuerl, in a recent address at the National Press Club.
But North Korea actually tops the list. And other communist and dictatorial governments place on the list. But Islam, as evidenced by the sheer number of Muslim-dominated countries on the list, is the most frequent cause for Christian persecution.
As Christian Headlinesreported in 2016: “For the 14th straight year, North Korea is the most difficult place to be a Christian, according to the 2016 Open Doors World Watch List…. Throughout the 49 other countries on the list, the dominant and growing source of pressure on Christians is ‘Islamic extremism.’ It is the primary driver of persecution in the rest of the top 10 countries on the list and in 36 of the entire list of 50 countries.”
The political world doesn’t want to talk of religious wars. It’s uncomfortable. Messy. But the fact is: Christians are being persecuted unlike any other religion. And primarily, most viciously, by those of the Islam faith. Call it genocide, if you will. Politicians prefer that word, even though it actually describes culture and demographies, and not specifically, religion. But make no mistake. What’s taking place is religious persecution — a war on a Christianity.
And what’s even more egregious about this war on Christianity is that it’s largely one-sided.
“Christian responses to persecution are almost always nonviolent and, with very few exceptions, do not involve acts of terrorism,” the Under Caesar’s Sword survey found.
That means Christians the world over are largely living out their faiths in death — doing what the Bible says in Luke’s gospel: “To one who strikes you on the cheek, offer the other also, and from one who takes away your cloak do not withhold your tunic either.”
But this should not be the attitude of our government. Our government should be far less tolerant of the religious persecution and far more supportive of the very people whose beliefs forged our own Judeo-Christian national founding — the very people whose principles, beliefs and moral compasses to this day comprise the best of what America has to offer.
Christianity is our national DNA. Why wouldn’t we take a more active role in stopping Christian persecution around the world?
The fact is, if America wanted to stop the killing of Christians, America would stop the killing of Christians — or at the very least reduce it dramatically and offer a refuge from the killing storm as part and parcel of a national political and immigration platform.
It’s high time for this to happen. It’s high time America to rise up and take the lead on the global arena and, like Moses to Pharaoh, demand the Christian haters around the world to stop the killing — to let our people go.
Source>http://www.washingtontimes.com/news/2017/apr/22/hey-christian-killers-let-my-people-go/
Posted by theodore miraldi at 9:51 AM