How's This for being UNBIAS? 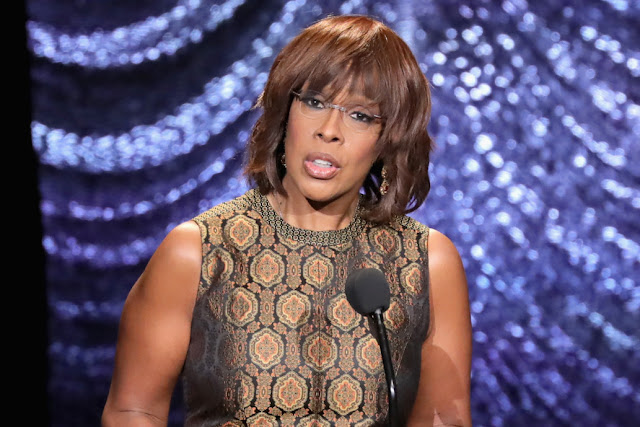 Gayle King’s serious CBS colleagues had a lot to say about her recent yacht jaunt with former first couple Barack and Michelle Obama in Tahiti, and it wasn’t positive.
“The ‘Capital J’ journalists are pissed and raving mad that she was on a yacht with the Obamas over the weekend. The old-school people were talking about it. She shouldn’t be doing that. She’s an anchor of a news program that covers the White House. You’re held to a different standard. It’s one thing to be friendly. It’s another thing to go vacationing on a yacht,” a source told us of the backlash at CBS.
King and the Obamas were on billionaire David Geffen’s yacht in Tahiti with Tom Hanks, Bruce Springsteen and King’s bestie Oprah Winfrey.
King’s “CBS This Morning” ­co-anchor Charlie Rose also wasn’t happy about the jaunt. “Charlie wasn’t pleased. I thought he and Gayle got along, but when things like this happen, it makes the show look bad,” the source said.
A spokesperson for CBS said, “There’s no truth to any of that. We love Gayle King. Sounds like sour grapes.”
Source>http://pagesix.com/2017/04/20/old-school-journalists-pissed-about-gayle-kings-vacation-with-the-obamas/?_ga=1.175953122.1136530007.1492026241
Posted by theodore miraldi at 11:27 AM