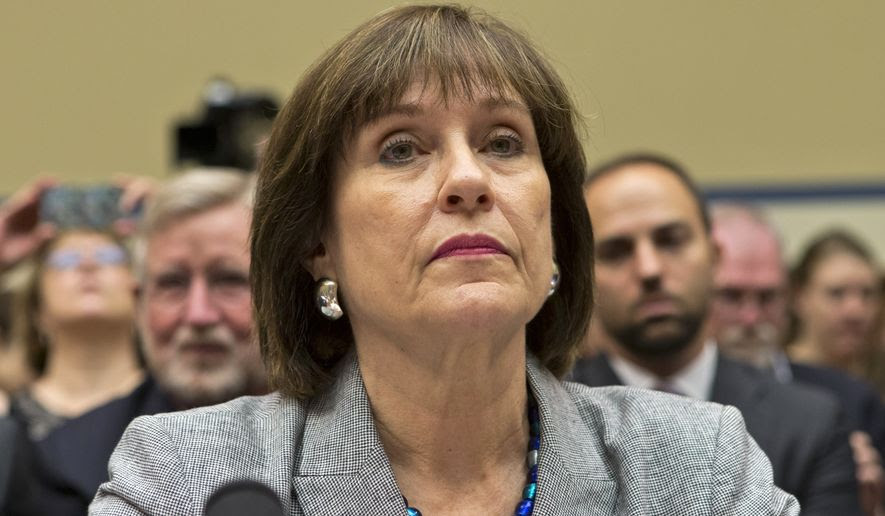 
Former IRS senior executive Lois G. Lerner told a federal court this week that she faces the possibility of death threats if her role in the tax agency’s tea party targeting becomes public, and asked a judge to forever seal her upcoming deposition in a class action lawsuit brought by hundreds of groups that were targeted.
Mr. Lerner and Holly Paz, another figure from the IRS’s tea party targeting, told the judge they’ve already faced “harassment and death threats” before, when the press was intently covering the tea party scandal.
“Mss. Lerner and Paz have demonstrated that the public dissemination of their deposition testimony would expose them and their families to harassment and a credible risk of violence and physical harm,” they said in documents submitted by their lawyer to Judge Michael R. Barrett.
Both Ms. Lerner and Ms. Paz are among IRS figures who’ve been ordered to be deposed in the class action lawsuit. Ms. Paz already gave one deposition in the case in 2015.
The women want that past deposition, and their future testimony, to remain hidden from the public and only available to the lawyers involved in the case. They asked that the seal be permanent.
Ms. Lerner has refused to talk in public about her role in the targeting, famously engaging in a showdown with the House Oversight Committee after she appeared, delivered a statement of innocence then balked at answering any questions.
The House eventually voted to hold her in contempt, but an Obama administration prosecutor — acting just hours before his resignation became effective — announced the Justice Department wouldn’t pursue the case.
The Justice Department also cleared Ms. Lerner in a criminal investigation, saying she was one of the first in the IRS to realize they were acting wrongly, and took steps to clean up the mess.
House Republicans asked Wednesday that the Trump administration reopen the case. They say Ms. Lerner obstructed official investigations and pointed to evidence from emails in which Ms. Lerner mocked conservatives and Republicans as evidence of malice, which the GOP said helped foster the environment that led to tea party groups being targeted by the IRS.
The IRS still faces several legal cases stemming from the targeting.
The class action lawsuit involves 428 groups who were snared by the IRS’s targeting procedures. That case, which is being heard in a federal court in Ohio, is in the discovery phase, and Ms. Lerner and Ms. Paz are supposed to give testimony.
IRS officials also agreed to turn over the system reports it generated for each of the 428 groups targeted.
Meanwhile, in Washington, D.C., two cases brought by tea party groups are proceeding. A judge on Wednesday granted limited discovery in those cases, ordering the IRS to detail its past and current approval processes for tax-exempt organizations.
Judge Reggie B. Walton also said the groups could Tamera L. Ripperda, a former IRS employee who ran the Cincinnati office that processed the applications. The groups are also allowed to depose the unnamed IRS employee who currently holds that same post.
Source>http://www.washingtontimes.com/news/2017/apr/13/lerner-faced-death-threats-irs-tea-party-targeting/
Posted by theodore miraldi at 4:09 PM