Most HOMICIDES in U.S. Occurred in 5% of Counties, Says Study 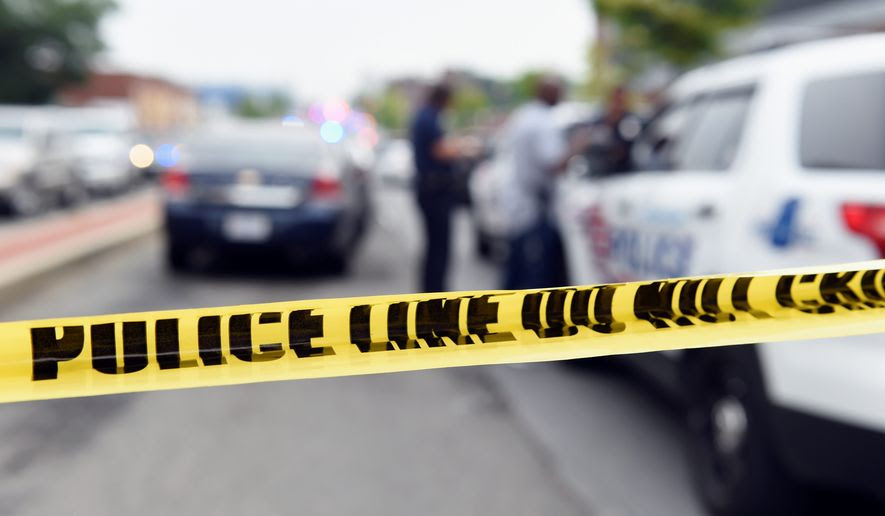 
The homicide rate may be rising in some U.S. cities, but slayings are still a localized phenomenon, with most U.S. counties not seeing a single homicide in 2014.
The vast majority of homicides occurred in just 5 percent of counties, and even there the murders were localized, with some neighborhoods untouched by the violence, according to a new report released Tuesday by the Crime Prevention Research Center.
“I just think most people have a real misunderstanding about how heavily concentrated murders are,” said John R. Lott Jr., the author of the study. “You have over half the murders in the United States taking place in 2 percent of the counties.”
President Trump vowed in his inaugural address to end “American carnage” in the nation, especially in crime-ridden inner cities, and the report offers more data points that depict a distinct urban-rural divide in the U.S.
About 70 percent of the counties, accounting for 20 percent of the U.S. population, had no more than one murder in 2014, with 54 percent of counties experiencing zero murders, the report found.
Meanwhile, 5 percent of the counties, which made up nearly half the population, accounted for more than two-thirds of murders in the country, with the highest numbers concentrated in areas around major cities like Chicago and Baltimore.
Those results shouldn’t be entirely surprising, as other factors like poverty and human activity are also concentrated, said David Weisburd, director of the Center for Evidence-Based Crime Policy at George Mason University.
“All of these issues are factors behind why one place has more of something than the other,” Mr. Weisburd said.
But even within cities, the divide was stark in certain regions. Los Angeles County saw a high number of homicides in 2014, but there were “virtually no murders” in the northwestern part of the county, the study found.
It also found that in Washington, D.C., whose 105 murders put it in the top 20, the vast majority occurred in the eastern part of the city and that the area around the U.S. Capitol was “extremely safe.”
Mr. Weisburd said that in his studies of larger cities, about 1 percent of the streets produce 25 percent of the crime and about 5 percent of the streets produce 50 percent of the crime.
“It’s almost exactly the same concentration in New York, Tel Aviv, Cincinnati, Sacramento,” he said.
Factors that account for such micro-differences can include population density, the number of employees on a given block, and even arterial roads in the area, Mr. Weisburd said.
“So already, you could say that if you build an apartment building in a street and you have a 7-Eleven or other kind of store that [is] employing people and it’s on an arterial road, you ought to be ready [to] try to keep crime down there,” he said.
One difference in the county-by-county numbers was that gun ownership was heaviest in rural and suburban areas where there were few murders, Mr. Lott said.
“It has to do with lots of things. I don’t want to push it too far,” he said. “But the thing is, it’s still just striking.”
“The places where we see the murders tend to be those area[s], the urban areas, and even tiny areas within those areas, where legal gun ownership is itself relatively rare,” he said.
Other recent studies have shown that the U.S. murder rate is being driven to a large degree by the prevalence of such incidents in a relatively small number of cities that have seen a recent spike. Baltimore, Chicago and Houston accounted for about half of the increases in homicides in major cities between 2014 and 2016, according to a recent report from the Brennan Center for Justice.
The report also found that murders spiked in Baltimore and Washington, D.C., in 2015 before declining in 2016.
“There are some local spikes that are concerning, but the numbers simply don’t back any claims of a national crime wave,” said Ames Grawert, a counsel in the Brennan Center’s Justice Program and an author of the recent analysis.
Mr. Trump frequently has singled out Chicago, the unofficial hometown of his predecessor, as a prime example of the problem. In January, the president threatened to “send in the feds” if Chicago couldn’t fix the “horrible ‘carnage’” going on in the city.
The Trump administration also has threatened to take away certain funding for “sanctuary cities” like Chicago that generally look the other way on illegal immigration, though a federal judge on Tuesday ruled against an executive order that had aimed to block the funds.
Sen. Richard J. Durbin, Illinois Democrat, said Tuesday that the Trump administration has been sending a “confusing” message when it comes to federal involvement in preventing violence.
“This administration can’t call itself a ‘law and order’ administration and then do something like cut the funds for violence prevention when police chiefs across America say that is just wrong,” Mr. Durbin said in a Senate floor speech.
Source>http://www.washingtontimes.com/news/2017/apr/25/most-murders-occurred-in-5-percent-of-countys-says/
Posted by theodore miraldi at 7:11 AM