Author says revelations could have derailed his candidacy in 2008 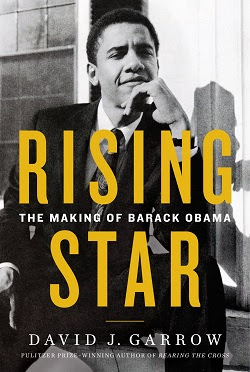 WASHINGTON – A Pulitzer-Prize winning author says he discovered material in an unpublished manuscript Barack Obama wrote while in law school that was so damning it may have derailed his candidacy for the presidency in 2008.
In David Garrow’s new book, “Rising Star: The Making of Barack Obama,” debuting May 7, he found the former president was obsessed with America’s racism, devoting some 140 pages to the subject with his co-author and friend Robert Fischer.
Among the excerpts from Obama’s unpublished manuscript released by Garrow are the following:
“Racism against African Americans continues to exist throughout American society, an admittedly racist culture.”
“Precisely because America is a racist society we cannot realistically expect white America to make special concessions toward blacks over the long haul.”
“The greatest testimony to the force of racist ideology in American culture is that it infects not only the mind of whites, but the minds of blacks as well.”
Garrow said he also uncovered a number of significant revelations about the former U.S. president for his upcoming book on Obama’s life to be released next month.
Garrow, who spent eight years researching and writing the biography, told “The Jamie Weinstein Show” that it was quite possible some of the revelations could have derailed Obama’s candidacy if they surfaced in 2008.
He said people would be “profoundly astonished” by how much of Obama’s life has not yet been revealed. He also said in a radio interview that he would question the reliability of parts of Obama’s memoir, “Dreams From My Father,” which was published in 2004. WND columnist Jack Cashill has compiled overwhelming evidence the book was actually written by former Weather Underground terrorist Bill Ayers.
Garrow, who won the Pulitzer Prize in 1987 for his biography Martin Luther King, Jr., carried out 1,000 interviews for his latest book on Obama.
Source>http://www.wnd.com/2017/04/obama-obsessed-with-americas-racism-new-book-shows/#Gou3eX6D6pPH82C5.99
Posted by theodore miraldi at 7:21 PM