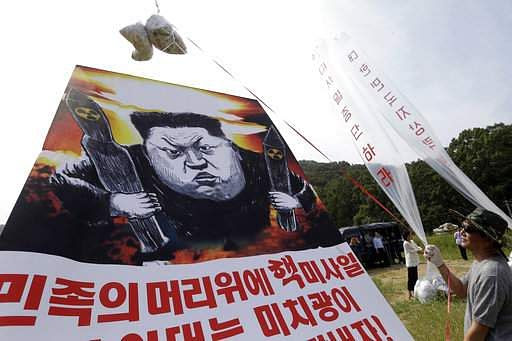 "In a nutshell, DPRK have already declared not to attend any type of talks which would discuss its nuclear abandonment, nuclear disbandment," he said, using the acronym for the country's official name, the Democratic People's Republic of Korea.

Kim reiterated North Korea's longstanding contention that its nuclear program "is the product of the United States hostile policy towards DPRK."

"That is why every solution will be possible when the United States hostile policy is withdrawn in advance," he said.

Kim "categorically rejected" Friday's U.N. Security Council meeting on the North Korean nuclear issue - which his country declined to attend - as "another abuse" of the council's authority, acting on instructions of the United States which is a veto-wielding member.

The United States holds the council presidency this month and organized the ministerial session that U.S. Secretary of State Rex Tillerson chaired.

Tillerson called for new sanctions on North Korea and urged all countries to exert pressure on Pyongyang and implement the six U.N. sanctions resolutions. He also stressed that the Trump administration will only engage in talks with Pyongyang when it exhibits "a good faith commitment" to implement Security Council resolutions "and their past promises to end their nuclear programs."

Kim responded saying: "As we expected, (the) U.S. has taken issue with self-defensive nuclear deterrent of the DPRK, and not only to justify their anti-DPRK aggressive war racket but also to create atmosphere for sanctions against DPRK at any cost."

He said the United States "is wholly to blame for pushing the situation on the Korean Peninsula to the brink of a nuclear war by staging the largest-ever joint aggression military drills against the DPRK for the past two months" and deploying "nuclear strategic assets" to South Korea.
While the United States once talked about nuclear disarmament, Kim said it is spending a trillion dollars "in a bid to secure a nuclear edge" - and he said this issue should be addressed "before tabling the denuclearization of the DPRK."

"The nuclear force of the DPRK just serves as a treasured sword of justice and creditable war deterrent to protect the sovereignty and dignity of the country and global peace from the U.S. threat to ignite a nuclear war," Kim said.