O'Reilly GOES PUBLIC After Fox Ouster: 'You're going to be SHAKEN'

'I'm very confident the truth will come out. ... There's a lot of stuff involved here' 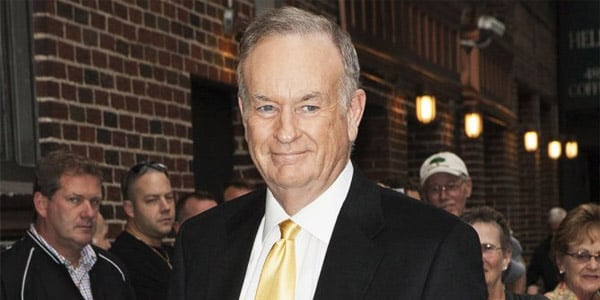 For the first time since his ouster from Fox News, Bill O’Reilly spoke out publicly Monday about the sexual harassment accusations that ended his career as the news network’s megastar host  – vowing that Americans will “be shaken” when they learn the “truth” about the whole affair.

Following a vacation from Fox News from which he never returned to his show, “The O’Reilly Factor,” O’Reilly hosted a podcast and mentioned his dismissal following numerous accusations by women of sexual harassment, charges that hurt the show’s advertising revenue. (Many readers had difficulty accessing O’Reilly’s podcast, as his website appeared to struggle with handling the online traffic.)
O’Reilly spoke only briefly of the scandal Monday, telling his podcast listeners:

I am sad that I’m not on television anymore. I was very surprised how it all turned out. I can’t say a lot, because there’s much stuff going on right now.
But I can tell you that I’m very confident the truth will come out, and when it does, I don’t know if you’re going to be surprised – but I think you’re going to be shaken, as I am. There’s a lot of stuff involved here.
Now, I can’t say any more because I just don’t want to influence the flow of the information. I don’t want the media to take what I say and misconstrue it. However you, as a loyal O’Reilly listener, have a right to know, I think, down the lane what exactly happened. And we are working in that direction, OK?

O’Reilly was forced out after anchoring the network’s flagship show for two decades amid claims by a dozen women of sexual harassment. The complaints – detailed at the end of this article – range from staring, leering and grunting to inappropriate comments, and, in the case of his ex-wife, choking.
The New York Times reported earlier this month O’Reilly or Fox had paid out some $13 million to settle complaints by five women over the years.
In a statement last week, O’Reilly called the accusations “completely unfounded.” O’Reilly’s complete statement, released Wednesday:

Over the past 20 years at Fox News, I have been extremely proud to launch and lead one of the most successful news programs in history, which has consistently informed and entertained millions of Americans and significantly contributed to building Fox into the dominant news network in television. It is tremendously disheartening that we part ways due to completely unfounded claims. But that is the unfortunate reality many of us in the public eye must live with today. I will always look back on my time at Fox with great pride in the unprecedented success we achieved and with my deepest gratitude to all my dedicated viewers. I wish only the best Fox News Channel.

Lisa Bloom, the lawyer for O’Reilly accuser Perquita Burgess, revealed the ultimate goal of going public with her client’s accusations: “The mission was to bring down Bill O’Reilly.”
As WND reported, sources say O’Reilly doesn’t want to leave television and is considering the possibility of doing a show elsewhere – with networks like Glenn Beck’s BlazeTV, One America News and Sinclair Broadcasting among those mentioned.
When it was announced that he would not be returning, O’Reilly was on vacation in Italy, where he met Pope Francis at a general audience.
O’Reilly had recently re-signed a new contract with Fox that will pay him as much as $25 million for cutting him loose.
Like the reporting you see here? Sign up for free news alerts from WND.com, America’s independent news network.
Over the course of his recent years at Fox, the show averaged 4 million viewers each night, making it the highest rated cable news television show ever.
O’Reilly’s departure from Fox also juggled the network’s primetime lineup. Fox News host Eric Bolling was given his own weekly show at 5 p.m., while company executives moved Tucker Carlson’s show to 8 p.m. and “The Five” to 9 p.m.
Among the known complaints against O’Reilly:

Cut and Paste below Link to View PODCAST!

Posted by theodore miraldi at 8:20 AM