The ROT of Political Correctness 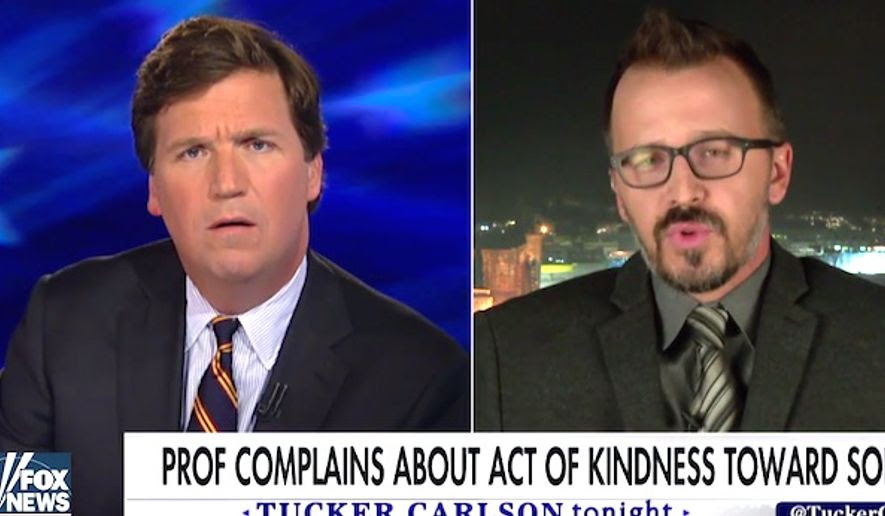 In today’s academy, truth is an invention. Expecting people to show up on time is racist. Censorship is good. Silencing opposing viewpoints imperative. Violence to enforce safety is natural.

For the last 25 years, under the guise of “political correctness,” we’ve been watching the inexplicable flow into our culture. The idiotic demands of political correctness in the 1980s, ironically relying on the decency of the American people for their acquiescence, was just the prep course, an amuse bouche before the main course of creating social chaos and destruction.
It sounds dramatic, and it is, and it’s also the only way the left maintains power — brainwashing people into believing that social norms must be destroyed in order to create a more perfect society. From the ashes would emerge the great collective phoenix.
Just ask the Soviet Union, Cambodia, Cuba and Venezuela how well that works out.
Last year, we watched political correctness on campus jump with abandon into its perfected state of fascism. Within a year, we moved from weeping students demanding safe spaces to direct, organized violence to stop speakers who do not pay allegiance to the left’s status quo.
Perhaps with the ascent of Donald Trump, it was the shock of realizing the American people weren’t Venezuelan and were not inclined to commit mass suicide.
Consider some recent revelations, the natural trajectory from the crowd a generation ago that was demanding manhole covers be called “personhole covers,” and making “mailman,” “fireman,” and “policeman” all verboten. We assented, and a thousand steps later:
Reporting about Pomona College: “Black students condemn ‘truth’ as an invention of white people, want conservatives expelled.” News about Clemson University: “Public university’s ‘diversity training’: Expecting people to show up on time is racist.” A headline about the work of an ungraduated researcher at University of Wisconsin-Madison: “Teachers should allow Ebonics because English grammar is too hard for minorities to learn.”
This “activism” at the academy is not only classically fascist, it destroys the future for the young people awash in its conditioning. Imagine, after all: What business, what culture, could survive a generation that thinks expecting people to be on time is racist?
Attempting to enact Orwellian rules at college is just one pastime of students. Free Beacon comments on the direct and often violent efforts to stop nonliberal speakers from being heard:
“With Notre Dame students feeling ‘unsafe’ at the prospect of Vice President Mike Pence speaking at their commencement, the riots at Berkeley caused by the presence of professional troll Milo Yiannopoulos on campus, and the explosive protest in March against author Charles Murray at Middlebury College that resulted in the assault of a professor, the war on campuses against freedom of expression and hearing opposing views is pervasive and troubling.”
To say the least.
Last week, the University of California at Davis’ Student Senate voted to remove the American flag from Student Senate meetings. If you want it to be visible, you have to file a petition in an effort to convince others.
Todd Starnes reported one UC Davis student’s support of the action on her Facebook post: “Why do you feel that advocating for the U.S. flag that represents a history of genocide, slavery, and imperialism is more important than stuff that actually matters like I don’t know, the violence against our LGBTQ Brown and Black students, rising tuition, resources for our students without homes,” she fumed. “What a waste of time.”
The odds are quite high that the students at this public university are relying on a variety of federal, state and alumni loans to finance their rage against the machine. Perhaps some of the assistance should be reconsidered when a classic education is taking a backseat to social justice warrioring. On Monday, I appeared on Tucker Carlson’s Fox News program discussing this after the student leaders canceled a planned appearance on the program. Apparently, their college bubble was threatened.
Yet, college was supposed to be the bubble destroyer. Leaving home and all familiar, thrown into a new, challenging world. You are to be prepared for a world bigger than you, and certainly different from you.
Instead, we are infantilizing students, appeasing and placating them, condemning them to a life uncertain. Who needs time management? The ability to work and live with people unlike yourself? Why not resort to violence because you’re upset or angry or irritated?
It has been a perfect storm creating this disaster, one of which is the lowering of expectations of students in general because of the rot of political correctness. Our public schools have failed so miserably, universities now can’t hold applicants to any sort of standard.
Consider the frighteningly absurd decision by Stanford, as The Wall Street Journal reported: “Every year, Stanford asks its applicants an excellent question: ‘What matters to you, and why?’ Ziad Ahmed of Princeton, N.J., summed up his answer in three words. His essay consisted of the hashtag “#BlackLivesMatter” repeated 100 times. He got in.”
We can answer Stanford’s question quite simply: What matters to us are college degrees that still mean something; graduates who are ready to contribute to society and are ready to pursue dreams in business, life and society. What matters to us is the future. What matters is us winning this existential fight for students and a nation being abandoned by the liberals running our universities.
Source>http://www.washingtontimes.com/news/2017/apr/19/political-correctness-continues-to-run-amok/
Posted by theodore miraldi at 8:19 AM