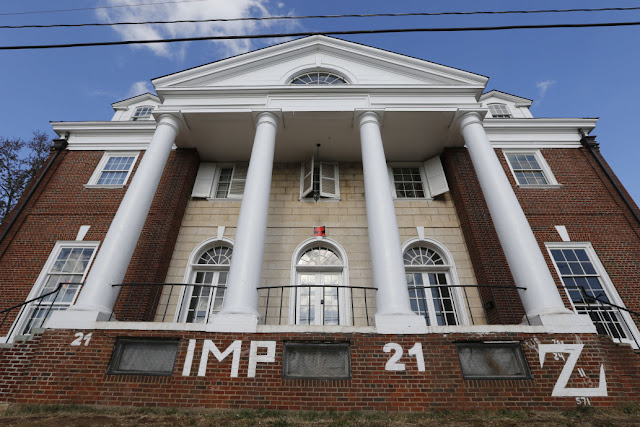 The University of Virginia frat house that was the site of a headline-grabbing alleged rape later revealed to be a hoax.


The largely hallucinatory “war on women” has nothing on the very real war on college boys.
A few recent stories highlight just how unfair and unjust an environment US campuses have become for young men — and the necessity of federal intervention to fix the damage previous federal intervention has done.
Take Thomas Klocke, a University of Texas at Arlington student accused of making anti-gay comments to a classmate. Klocke vehemently denied the charges and said his classmate had hit on him and Klocke angered him by rebuffing his advances.
According to Reason magazine, “Klocke received no hearing, even though the university’s Title IX policy explicitly mandates hearings for students in danger of being expelled. He was simply charged with making physical threats against a student and engaging in harassment, in violation of Title IX.”
A school “academic integrity” official “conceded that there wasn’t enough evidence against Klocke.” No problem: “Administrators found him responsible for harassment anyway and placed him on disciplinary probation.”
Klocke killed himself a few days later.
This month, the case of John Doe and Jane Roe, both University of California, San Diego, students, wound its way up to the California Court of Appeal, three years after Jane first accused John of sexual misconduct. The disciplinary proceedings at their campus weighed heavily in Jane’s favor. John wasn’t allowed to ask questions of his accuser or read statements other people had made in support of her accusations.
According to Politico’s Laura Bazelon, “Many campuses do not allow lawyers to advocate or even to be present in sexual assault proceedings. Nearly all prohibit the accused from directly questioning their accusers.” But the UCSD disciplinary-panel chairwoman refused to even pose many of John’s questions he was permitted to ask indirectly.
There’s pressure on the Trump administration to reverse some of the regulations that lead to this kind of insanity.
Stuart Taylor, coauthor of the book “The Campus Rape Frenzy: The Attack on Due Process at America’s Universities,” writes in The Wall Street Journal that the administration can get rid of some of the more egregious rules by overturning a “2011 command by the Education Department’s Office for Civil Rights, and subsequent orders, forcing thousands of schools to take an aggressive role in the investigation and punishment of alleged sex crimes on college campuses.”
Under that command, Taylor says, schools had to comply with witch hunts, whether they wanted to or not. “Under threat of losing federal funds, almost all schools have willingly complied with a procedural regime that effectively presumes the guilt of every accused student, 99 percent of whom are male.”
The dismissive logic of “they’re boys, they’ll grow up to be men and run the world, we don’t need to protect them” never made any sense. But in 2017 that’s especially so. Women continue to dominate, in school and at work, while men fall behind. A report released a few days ago by the Census Bureau showed that millennial women are driving the current growth in the 25-to-34-year-old workforce. The report notes, “More young men are falling to the bottom of the income ladder.”
It’s not that we don’t need to protect women anymore, or take sexual assault seriously. It’s that men need our protection, too.
It’s hard to overlook that some of the splashiest rape cases of the last few years, from the Duke lacrosse accusations to the Rolling Stone UVA story, have turned out to be false. Yet apologies to the men in these stories, or to men in general for the idea that they’re promoting a “rape culture,” aren’t forthcoming.
We would never stand for an unjust system, like the one created by the Obama Department of Education’s interpretations of Title IX, if it shattered the lives of women as it currently does to men.
If the Trump administration does overturn the Obama-era policies, colleges will have more leeway in how they handle campus sexual harassment and assault cases. It might be that campus disciplinary proceedings will persist in being secretive and unfair. But then students will know, as will their parents, which schools can willfully destroy the lives of their boys.
Schools like the University of Missouri have seen a drop in applicants after letting protests rage out of control, and it’s not crazy to wonder if schools that prosecute male students with minimal evidence or defense can suffer similar consequences.
Source>http://nypost.com/2017/04/23/the-war-on-young-men-at-us-colleges-needs-to-end-now/
Posted by theodore miraldi at 7:38 AM