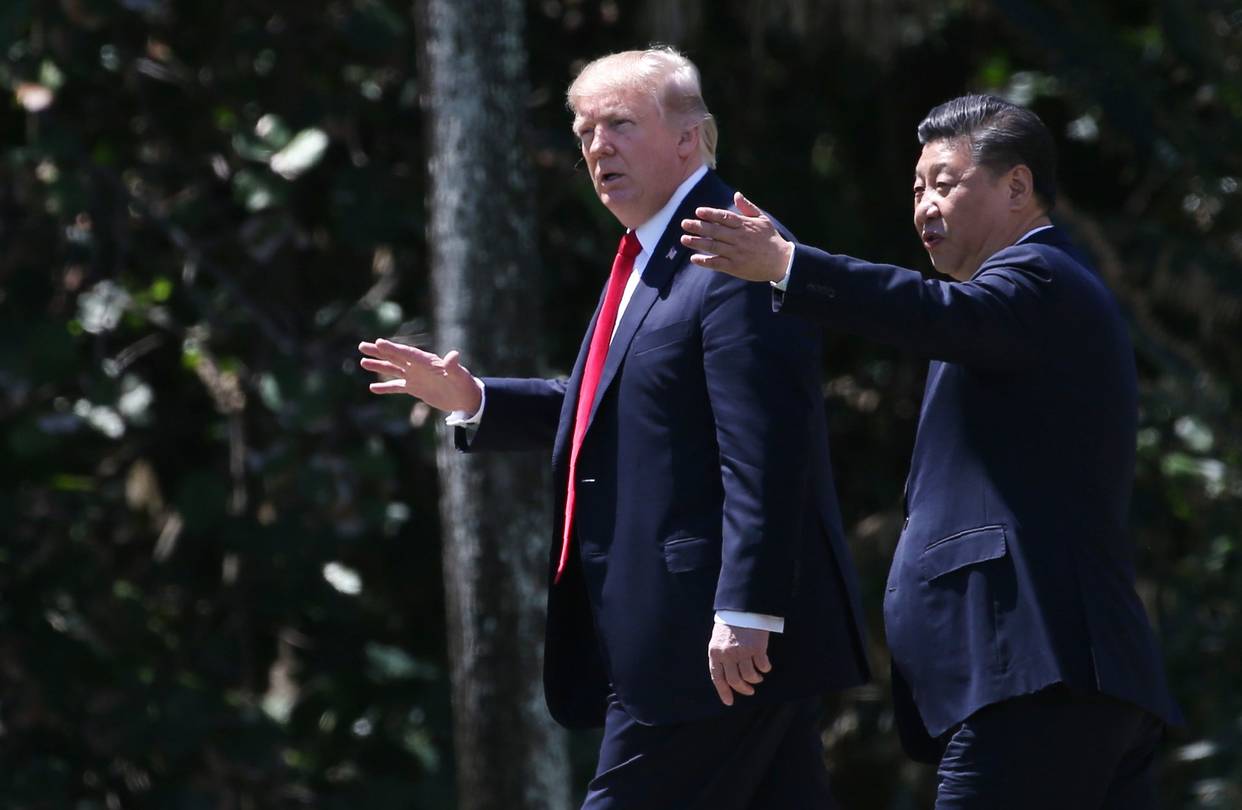 President Donald Trump was expansive on Wednesday about his relationship with a world leader he has gotten to know since taking office.
“We have a very good relationship,” he said in a Wall Street Journal interview in the Oval Office. “We have a great chemistry together. We like each other. I like him a lot. I think his wife is terrific.”
The leader who came in for those warm words? Chinese President Xi Jinping.
It’s safe to say very few people saw that coming. China was, as much as any country, the target of Trump broadsides during the 2016 presidential campaign—for not playing fair in the world economy, for taking advantage of the U.S., for stealing American business, for intimidating its neighbors.
Meantime, of course, Russian President Vladimir Putin was the great-power leader who was supposed to emerge as the Trump favorite, the one who would develop a close relationship and be forgiven for past transgressions.
Yet somehow in the five months or so since Mr. Trump’s election victory, almost the reverse has happened. Now it appears the Trump-Xi relationship may be emerging as the world’s most important.
As Mr. Trump recounted in the interview, he spent hours with Mr. Xi at his Mar-a-Lago resort last week, including long stretches minus their retinues.  An opening discussion between the two “was scheduled for 10 to 15 minutes, and it lasted for three hours,” Mr. Trump said. “And then the second day we had another 10-minute meeting and that lasted for two hours. We had just a very good chemistry.”
Mr. Xi was the first world leader to learn of the American president’s decision to launch 59 Tomahawk cruise missiles into Syria; Mr. Trump told him over dessert at Mar-a-Lago last Thursday night.
Then the two talked by phone for another hour Tuesday night, specifically about the nuclear threat from North Korea, Mr. Trump said.
Asked whether he could have imagined that kind of relationship emerging from the smoke of campaign rhetoric, Mr. Trump replied simply: “No.”
He added: “He’s so smart. It’s to his advantage. I like to call it flexible.”
Meantime, asked about the Xi relationship in contrast to the one with Mr. Putin, Mr. Trump recounted a nice call from the Russian leader after the election, and another phone conversation he initiated after the recent terror attack in Russia to offer American condolences and help.
He said: “Despite what you guys have been writing about, I don’t know Putin. I don’t know Putin.”
Part of all this is expediency, of course. The gravest national-security problem Mr. Trump faces is the North Korean quest for more nuclear weapons and the missiles that could deliver them over long ranges. And China happens to be, far and away, the country best able to help stop that threat.
It’s clear that the North Korean problem occupies a huge spot in the middle of the burgeoning Trump-Xi dialogue. In fact, Mr. Trump said he has offered a kind of big deal to Mr. Xi: You help stop the North Korean nuclear threat, and we’ll give you a better deal in looming, and potentially tough, trade negotiations.
The message on North Korea, Mr. Trump said, is: “If you don’t help us that will be absolutely fine. We will solve the problems by ourselves. But your trade deal will not be the same as if you helped us.”
And, the president insisted, China may be starting to deliver. Mr. Xi told him in this week’s phone conversation that China has in recent days turned away some North Korean ships bearing coal—perhaps the most important North Korean export—as they were attempting to make deliveries to China.
At the same time, Mr. Trump said his administration won’t formally accuse China of manipulating its currency to help improve its trade position, as promised during the campaign.
Meanwhile, distance from Mr. Putin is valuable when allegations of Russian interference in the 2016 campaign to benefit Mr. Trump are being investigated. Russia has denied those allegations.
Certainly there’s a fair distance to travel between a few good conversations and some opening actions and a sturdy relationship with China. For one thing, Trump rhetoric still could inflame Chinese passions. Mr. Trump, echoing campaign assertions, said he has told his Chinese counterpart that “we’ve rebuilt China with the money you’ve taken out of the United States.”
And even cooperation on North Korea won’t erase the other significant source of tension with Beijing, which is its claim to waters and islands in the South China Sea also claimed by America’s friends in the region.
Still, the Trump-Xi relationship is, for now at least, emerging as one of the world’s most surprising bromances.
Source>https://www.wsj.com/articles/trump-and-xi-tensions-turn-to-friendship-1492033631
Posted by theodore miraldi at 7:42 AM