Trump: ILLEGAL Immigrant CRIMINALS are 'Getting the Hell Out' 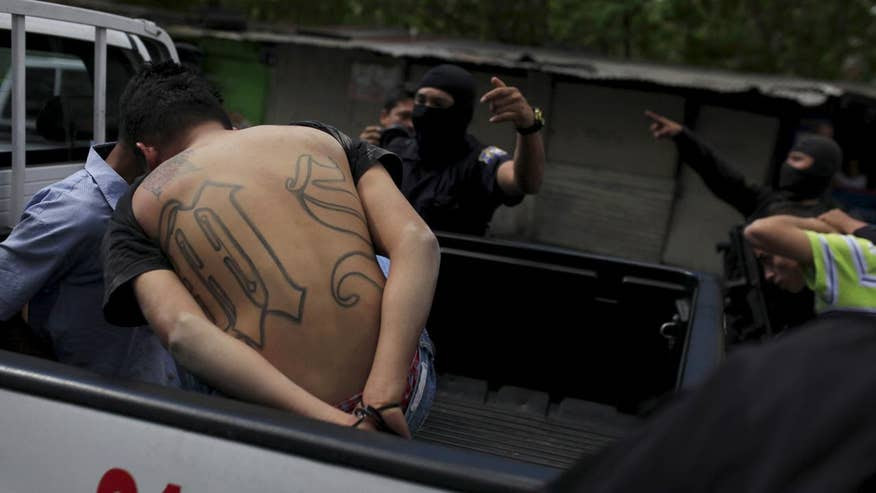 
President Trump told Fox News that criminal illegal immigrants are “getting the hell out” of the U.S. or being thrown behind bars, as he also took to Twitter to rail against gangs like MS-13 and the Obama administration policies he claims allowed them to flourish in American cities.
In an interview that aired Tuesday morning on “Fox & Friends,” Trump spoke highly of Homeland Security Secretary John Kelly, who is responsible for enforcing Trump’s border policy. Reprising remarks he made at the very start of his presidential bid, he emphasized the importance of removing criminal aliens.
“We’ve gotten tremendous criminals out of this country,” Trump said. “I’m talking about illegal immigrants that were here that caused tremendous crime. That have murdered people, raped people – horrible things have happened. They’re getting the hell out or they’re going to prison.”
Trump echoed those comments on Twitter, pointing to Central American export MS-13, a gang thought to be behind a quadruple homicide on Long Island last week. Though the gang has been around for decades, it’s grown more dangerous.
“The weak illegal immigration policies of the Obama Admin. allowed bad MS-13 gangs to form in cities across U.S. We are removing them fast!” Trump tweeted.

Donald J. Trump  ✔@realDonaldTrump
The weak illegal immigration policies of the Obama Admin. allowed bad MS 13 gangs to form in cities across U.S. We are removing them fast!

Deporting illegal immigrants and clamping down on crime were central planks of Trump’s presidential platform. As he tightens immigration policies, Kelly and Attorney General Jeff Sessions are planning to visit the U.S.-Mexico border together later this week.
“And so many towns and cities are thanking me because we have gotten rid of a burden that you would not believe. It is a serious problem and we never did anything about it, and now we’re doing something about it,” Trump told Fox News.
On North Korea, Trump again refused to spell out his strategy for dealing with the country’s volatile dictator. He also wouldn’t comment when asked if the U.S. disrupted a recent North Korea missile test via cyber weapons.
“I don’t want to telegraph what I’m doing or what I’m thinking ... we’ll see what happens,” Trump said. “I hope things work out well. I hope there’s going to be peace. But you know, they’ve been talking with this gentleman for a long time ... everybody’s been outplayed. They’ve all been outplayed by this gentleman and we’ll see what happens.”


Asked what would happen if North Korea were to test another missile – as it has vowed to do – Trump cryptically replied: “We’ll find out.”
Source>http://www.foxnews.com/politics/2017/04/18/trump-illegal-immigrant-criminals-are-getting-hell-out.html
Posted by theodore miraldi at 9:22 AM