Trump Steers a NEW Global Course, with a BIAS Toward ACTION 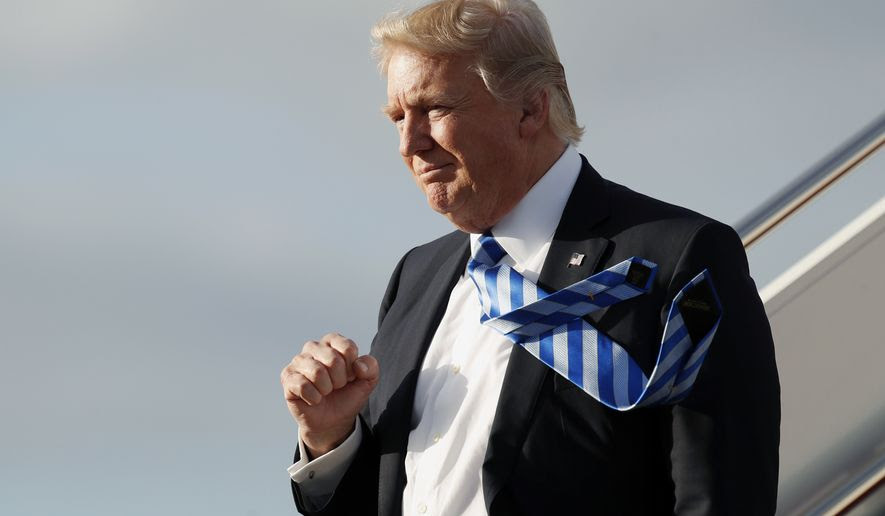 
ANALYSIS/OPINION:
Barely settled into the Oval Office, President Trump is already forging a muscular foreign policy with an unpredictability that is causing shock both at home and abroad.
During the 2016 presidential campaign, Mr. Trump promised to show strength on the international stage, with a focus on beefing up our national security and defeating the Islamic State. In his first 80-plus days in office, his message to the world is that the U.S. military is ready to respond anytime and anywhere to threats to our vital interests.
But are Americans, and especially his ardent supporters, prepared for more military posturing? Are they concerned that U.S. involvement in multiple hot spots will lead to military escalation?
On Thursday the U.S. military targeted ISIS by dropping the “mother of all bombs” in eastern Afghanistan. Top Centcom commander General John W. Nicholson accused Islamic State and its affiliates of using IEDs, bunkers and tunnels to escape past U.S. retaliation.
Dusting off the U.S. military’s more powerful non-nuclear bomb — for the first time ever — “is the right ammunition to reduce these obstacles and maintain the momentum of our offensive,” the general said.


Mr. Trump’s national security advisers are presenting options to the commander in chief, and Mr. Trump is wasting no time in taking action to weaken ISIS.
It’s not just Afghanistan and ISIS. The bomb strike comes on the heels of the deployment of the USS Carl Vinson to the waters off the Korean Peninsula as the erratic North Korean dictator Kim Jong-un prepares for what many expect will be a sixth nuclear test to commemorate his grandfather’s birthday. Mr. Kim is clearly obsessed about gaining the technology and military capability to launch a long-range intercontinental ballistic missile and, according to U.S. intelligence, he’s just four years away from accomplishing his goal.
Mr. Trump is projecting strength on an impressive variety of fronts. He’s confronting Russia over the Syrian chemical attack and the immediate U.S. military response with a targeted airstrike. The list of rogue dictators and terrorist groups hostile to the U.S. seems at times overwhelming, especially after eight years of the Obama administration’s tough-talk-and-no-action foreign policy.
Mr. Trump is right that he inherited a global “mess,” but he needs to make his case to voters and to Congress on the road ahead. Fatigue followed the wars in Iraq and Afghanistan that cost thousands of U.S. lives. Americans are less inclined to support military intervention, and they are clearly wary of any deepening military mission in quagmires like Syria. While a majority of Americans approved the U.S. airstrike in Syria, only 18 percent of Americans were “willing for the U.S. to engage in full military involvement, including ground troops,” according to a CBS News poll.
President Trump has confronted the reality that the world is a dangerous place, and recognized the fact that there is little room to negotiate with unstable and dangerous dictators and terrorist groups. They play by a different set of rules and are focused in gaining power and destroying Western civilization. They hate America and everything we stand for, plain and simple. In the past few months, Mr. Trump has embraced his role as commander in chief and proved himself more than willing to weigh military options to defeat ISIS and stay on the offense.
The key in the coming days will be whether he can convince us that his “America First” doctrine includes a proactive and strong approach to U.S. foreign policy — while staying out of the business of nation-building and endless wars
Source>http://www.washingtontimes.com/news/2017/apr/13/donald-trump-steers-a-new-global-course-with-a-bia/
Posted by theodore miraldi at 7:43 AM