When CRIMES are Committed by CHILDREN

They must be given an opportunity to earn a second chance 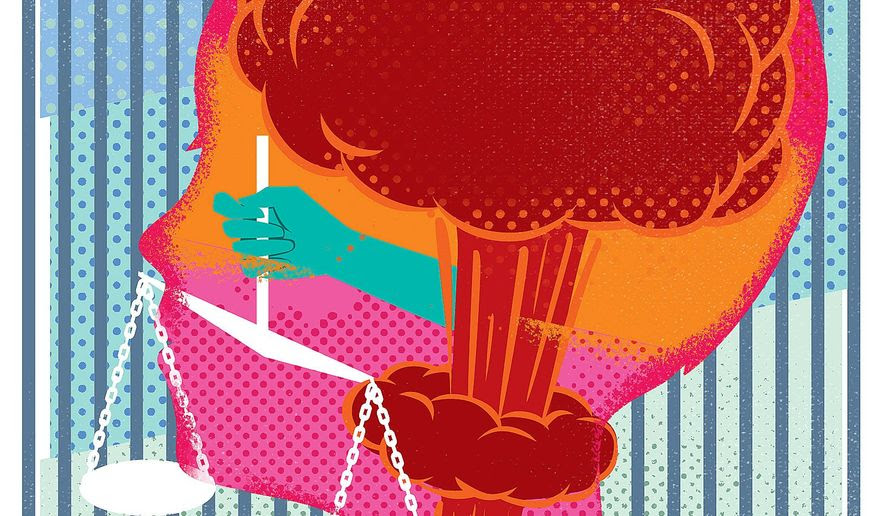 
ANALYSIS/OPINION:
A young high school student living in a small town in Northwest Wyoming frequently sought out ways to cause damage. From setting fire to an abandoned barracks to shooting .22 shells at mailboxes and rocks, the acts intended to wreak havoc and destroy property were dangerous and could have easily ended up with someone being seriously injured or worse. With a slight change in the facts, society may have punished the wayward student for the mistakes he made then, and he could have spent a long time in the clink. Giving this high school student a second chance, however, put him on a redemptive and productive path — one that took him all the way to the U.S. Senate.
You see, that young high school student was me. A tough stupid teen growing up in rural Cody, Wyoming, I let my emotions and desires drive my decisions and simply did not comprehend the severity of my actions. Only sheer dumb luck prevented me from having to face more than destruction of property or assault charges. But it wasn’t until my early 20s that I began to mature and take responsibility for myself and my actions, understanding what it took and meant to be a productive member of society.
Why? Because children’s brains have not fully developed. As a result, they make decisions based upon risk, relying more on the primitive parts of the brain that emphasize reward and emotion over consequence and understanding. This is why we don’t allow children to enter into contracts or vote, or enlist in the military — they are not old enough to handle the responsibility. It seems only right that the same logic apply to judicial punishments. If children who commit crimes are not given the opportunity of a second chance, they may die in prison for acts made before having developed the cognitive and emotional skills needed to make informed and smart decisions and choices. This does not mean that child offenders should not serve time appropriate to the severity of their crimes. It means that individuals who committed serious crimes as children and who receive lengthy prison sentences, including life sentences, should be considered for release on parole later in life after they have matured into adulthood. This approach ensures more age-appropriate accountability measures for children, while continuing to protect public safety.
Across the nation, there are thousands of individuals serving life or life-equivalent sentences for crimes they committed as children. This means they will likely die in prison without a chance to prove to society they are worthy of a second chance. The U.S. Supreme Court has defined this punishment as “cruel and unusual” for all but the rarest cases involving children, because it is, in effect, a death sentence for a child.
As of last month — thanks to Arkansas’ passage of the Fair Sentencing of a Minor Act — 18 states and the District of Columbia have banned life-without-parole sentences for crimes committed by people younger than age 18. The U.S. Supreme Court has also recognized that children are “constitutionally different” from adults in a series of rulings that have scaled back the use of extreme sentences on children. It also states that children — whose characters are less fixed than adults — have a unique capacity for change and rehabilitation.
My second chance took me to the University of Wyoming followed by law school, service in the Army and ultimately to a seat in the Wyoming House of Representatives. When I announced my candidacy for the U.S. Senate, my former probation officer, J.B. Mosley, was in the crowd. He had always believed in my capacity for redemption — just as I now deeply believe in the possibilities for other youth convicted of serious crimes.
We are all sinners, but salvation and redemption is there for all of God’s children. Forgiveness, tolerance, rehabilitation and restoration are at the core of our beliefs and those of most major religions. They are also part of a conservative philosophy of governing that puts faith in the individual and believes that every human is worth more than the worst thing they have ever done. I encourage other lawmakers in states across the country — regardless of political ideology — to consider following Arkansas’ example. After all, I am vivid living proof that a child who seems hopeless one day can transform and go on to change the world tomorrow.
Source>http://www.washingtontimes.com/news/2017/apr/20/when-crimes-are-committed-by-children/
Posted by theodore miraldi at 8:47 AM