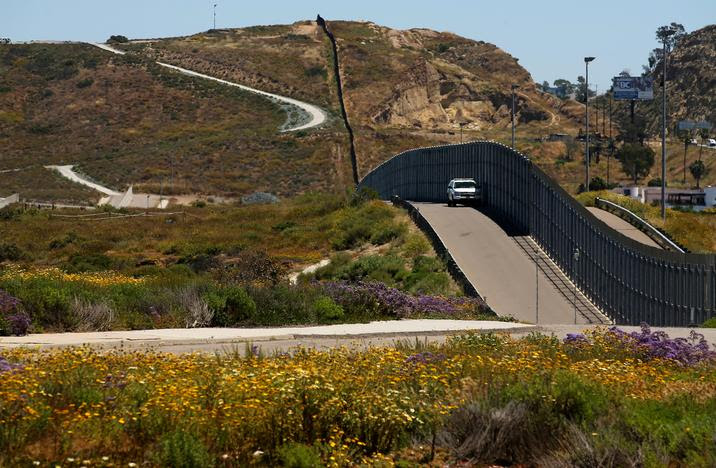 President Donald Trump is asking Congress for $1.6 billion to begin building a wall along the border with Mexico, far short of the amount needed for a project sharply criticized by Democrats and even some conservative Republicans.

An internal Department of Homeland Security (DHS) plan in February estimated the total cost for the wall at $21.6 billion, but the White House's budget proposal for 2018, released in full on Tuesday, included a request for just $1.6 billion.

Two Republican aides in Congress said the modest request is an acknowledgement from the White House that full funding is not realistic given opposition from Freedom Caucus conservatives in the House of Representatives as well as Democrats in the House and the Senate.

Unless Trump is able to rally broader support and win more funding for construction in another fiscal year, his plans for a "big beautiful wall" that he promised during his election campaign last year may not be realized, the aides said.

The budget, which includes 10-year projections for spending for most areas of the government, did not include a 10-year plan for funding wall construction.

He said the Trump administration was still reviewing prototypes to determine whether to build fences, a brick and mortar wall or some other type of structure.

The $1.6 billion would allow the administration to build small parts of the proposed wall.

Trump has said he will find a way for Mexico to repay the United States for construction of the wall but that Congress would need to fund it first.

Members of the House Freedom Caucus said earlier this year that Trump would have to show how he would offset the cost of a wall, which Democrats flatly oppose.

Facing opposition, the White House pulled its request for full funding for the wall in the 2017 fiscal year and said it would revisit the issue in the next budget.

One of the congressional aides said Trump still lacks the support needed. "Nothing has changed politically on the wall."

So far, the DHS has solicited bids for prototypes of a wall using $20 million in existing funds, but no government contractors have been selected to begin construction.

A DHS memo shared with a Senate committee last month said the agency would be able to build 34 miles (55 km) of a levee wall in Texas's Rio Grande Valley and replace 14 miles (23 km) of fence in San Diego with $1 billion.