At UCSC, Throw the BLACK ACTIVIST Bums OUT! 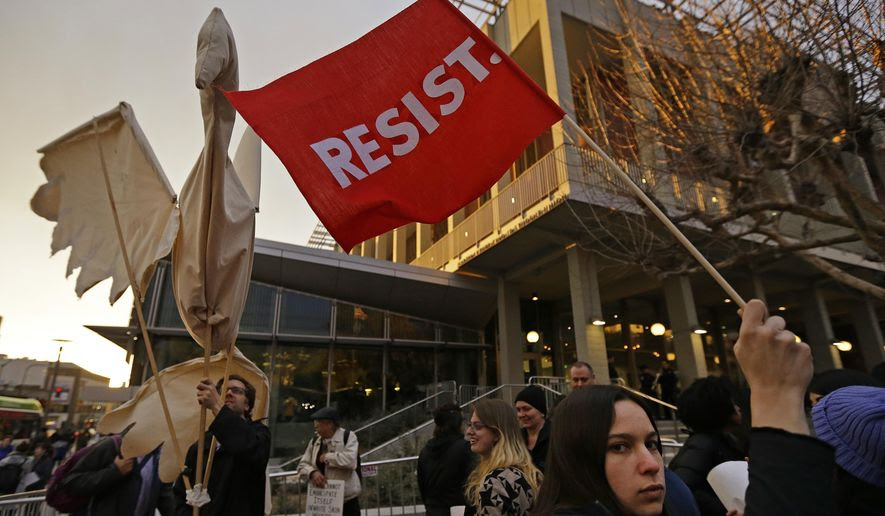 
Radical black students who are part of “The African/Black Student Alliance on the University of California’s Santa Cruz recently stormed one of the campus buildings, tossed out staffers and set up camp, announcing intent to stay unless their list of special interest demands were met.
Administrators caved — pitifully. What these students should have received for their out-of-control, mob mentality, thuggish behavior was expulsion. But what they got was a message of comfort and consolation, along with concessions.
Why are we rewarding bad behavior?
Welcome to America’s places of higher learning, 2017 style, the kind where speakers like Milo Yiannopoulos and Ann Coulter give rise to acts of fiery, destructive violence — all quite justified, in the skewed minds of the liberal students.
But this is what transpired on May 2 at UCSC. Then, hundreds of students rallied in Quarry Plaza at UCSC to “let the chancellor know black students need support from the university,” a statement from protest organizers read. From there, they marched on to Kerr Hall, which is the main set of administrative offices at the campus, took over the facility — the entire building — and drove the staff to leave.
In other words, they stormed the building, forced out the rightful occupants, and set up camp. And there they stayed, until Chancellor George Blumenthal caved to their list of demands days later.
What exactly were they demanding? Not that it really matters — students who storm and occupy in order to get their way shouldn’t be listened to in the first place.
But for the sake of the story, here are snippets from the A/BSA statement: “The African Black Caribbean identified students have spoken. The issues on this campus far exceed anything easily fixed. However, black students at UCSC have composed a list of uncompromisable demands that will make our time here more tolerable. These demands are not a huge ask, but they are pivotal to the retention of our community. If the university fails us, there will be no business as usual.”
Uncompromisable demands? Threats of “no business as usual?”
Since when do students get to dictate — dictate, not petition, not request, not humbly appeal, but dictate — the policies of a university?
More snippets: “We are pushing back against the language of ‘occupation’ in recognition of the largely white-centric and fairly recent ‘Occupy Movement.’ … We move in solidarity with Black people all over the world who are occupied by liberalism and neoliberalism’s devastating socioeconomic and political policies and materialities. This includes folks on The Continent, Palestinian people and other Black and Brown people all over the world. … We are an organization that’s about centering the liberation of ALL Black people.”
Oh, good Lord. Somebody gives these students some homework assignments or something.
But wait; here were the demands.
“We demand that ALL African Black Caribbean identified students have a 4 year housing guarantee to live in the Rosa Parks African American Themed House,” the statement went on. “We demand that the university fund the ENTIRE exterior of the Rosa Parks African American Themed House being painted Pan-Afrikan colors (Red, green and black) by the start of Spring quarter 2017.”
‘Cause nothing says Rosa Parks — the heroic black woman who fought for equal rights from a bus seat — like some symbolism that separates and elevates blacks above all other races, right?
And here’s another demand — that “all incoming students from the 2017-2018 year forward (first years and transfers) go through a mandatory in-person diversity competency training [program] reviewed and approved by A/BSA board every two years,” the statement continues. Thus ensuring the future ability of A/BSA to stronghold the administration and student body into recognizing a strict regimen of what constitutes racism against blacks, versus what does not.
The administration, cowed, said OK to the demands.
What the administration should have done is said “see ya” to the students. Students who storm a campus building and oust staffers show themselves to be incapable of rational thought. They reveal their mindset as more crazy than college material.
And taking over a university building to give voice to radical and racist demands ought to be grounds for dismissal from school. Taxpayers, who provide at least 20 percent of this school’s budget, shouldn’t have to pay for facilities for students who don’t even want to learn.
College is not a right. It’s a privilege. Students who aren’t mature enough to recognize that fact — who want to simply use their higher education opportunity to cut teeth for careers in activism, a la Barack Obama style — shouldn’t be allowed to waste the campus space in such manner. This is college, for crying out loud.
But now A/BSA students, emboldened by their win, are pushing for even more concessions from the chancellor.
“We demand the University purchase a property located at or near the base of campus … to serve as a low income housing cooperative for historically disadvantaged students. We demand this property have 4 bedrooms with appropriate furnishings. This property will then be student ran [sic] and student operated by the Afrikan Black Student Alliance,” the A/SBA reported.
And the other tack-on? An additional $100,000 to the SOAR/Student Media/Cultural Arts and Diversity program for a permanent adviser with “personal and professional experience handling African/Black/Caribbean student issues,” the group wrote.
Of course, they added this: “We demand A/BSA has a final decision on who is hired for this position.”
Talk about a takeover of sane society.
Calling these students spoiled, entitled, mentally disturbed, racist, and bereft of reason is an injustice — to those of the world who are spoiled, entitled, mentally disturbed, racist and unreasonable. These students are thugs, pure and simple. Their methods of obtaining their selfish ends are rooted in petulant behaviors and vile violence. And they don’t belong in college. They should be expelled and their slots given to someone who deserves a chance at the gift of higher learning and scholarly pursuit.
Source>http://www.washingtontimes.com/news/2017/may/16/black-ucsc-student-activists-ought-to-be-expelled/
Posted by theodore miraldi at 8:09 AM