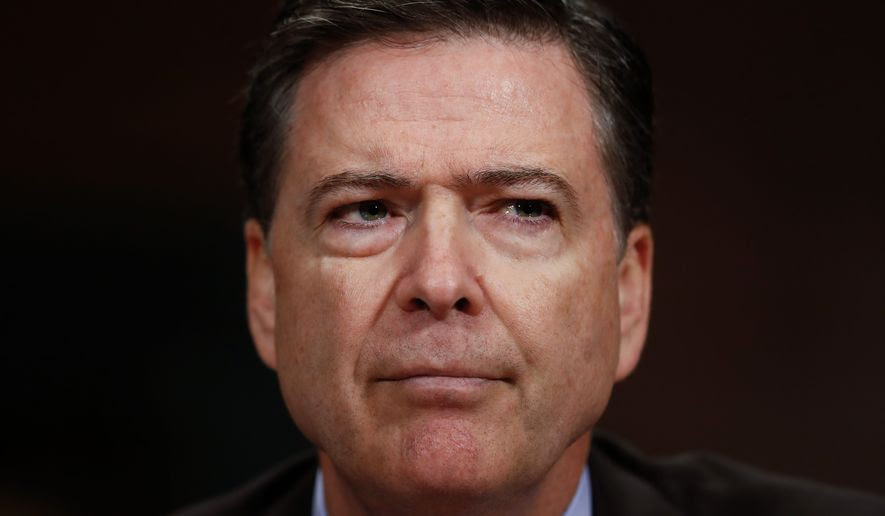 
A February memo by FBI Director James Comey reportedly says that President Trump asked him to shut down the investigation of former National Security Adviser Michael Flynn.
The New York Times reported Tuesday that the memo details a conversation between the two men in which Mr. Trump told the FBI chief that “I hope you can let this go.”
“I hope you can see your way clear to letting this go, to letting Flynn go,” the president told Mr. Comey, according to the memo. “He is a good guy. I hope you can let this go.”
The White House denied to the New York Times the memo’s recounting of the conversation.
The Times did not have the memo, which Mr. Comey reportedly wrote the day after the conversation. “One of Mr. Comey’s associates read parts of the memo to a Times reporter,” the Times article reads.
In its statement, the White House acknowledged that a conversation touching on Mr. Flynn took place, but denied that the president tried to influence the investigation.
“While the president has repeatedly expressed his view that General Flynn is a decent man who served and protected our country, the president has never asked Mr. Comey or anyone else to end any investigation, including any investigation involving General Flynn,” the statement said. “The president has the utmost respect for our law enforcement agencies, and all investigations. This is not a truthful or accurate portrayal of the conversation between the president and Mr. Comey.”
Source>http://www.washingtontimes.com/news/2017/may/16/trump-memo-james-comey-ask-fbi-end-michael-flynn-i/
Posted by theodore miraldi at 5:59 PM