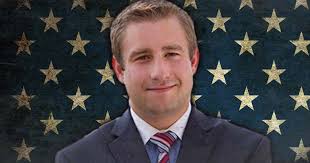 
The Democratic National Committee staffer who was gunned down on July 10 on a Washington, D.C., street last July just steps from his home had leaked thousands of internal emails to WikiLeaks, law enforcement sources told Fox News.
A federal investigator who reviewed an FBI forensic report detailing the contents of DNC staffer Seth Rich’s computer generated within 96 hours after his murder, said Rich made contact with Wikileaks through Gavin MacFadyen, a now-deceased American investigative reporter, documentary filmmaker, and director of WikiLeaks who was living in London at the time.

“My investigation up to this point shows there was some degree of email exchange between Seth Rich and Wikileaks.”
- Rod Wheeler, former DC homicide investigator

“I have seen and read the emails between Seth Rich and Wikileaks,” the federal investigator told Fox News, confirming the MacFadyen connection. He said the emails are in possession of the FBI, while the stalled case is in the hands of the Washington Police Department.
The revelation is consistent with the findings of Rod Wheeler, a former DC homicide detective and Fox News contributor and whose private investigation firm was hired by Rich’s family to probe the case. Rich was shot from behind in the wee hours, but was not robbed.
“My investigation up to this point shows there was some degree of email exchange between Seth Rich and Wikileaks,” Wheeler said. “I do believe that the answers to who murdered Seth Rich sits on his computer on a shelf at the DC police or FBI headquarters.”

Expand / Collapse
Rich was fiercely patriotic, say family members.  (Rich family)
The federal investigator, who requested anonymity, said 44,053 emails and 17,761 attachments between Democratic National Committee leaders, spanning from January 2015 through late May 2016, were transferred from Rich to MacFadyen before May 21.
On July 22, just 12 days after Rich was killed, WikiLeaks published internal DNC emails that appeared to show top party officials conspired to stop Sen. Bernie Sanders of Vermont from becoming the party’s presidential nominee. That controversy resulted in Debbie Wasserman Schultz resigning as DNC chairperson. A number of Sanders supporters refused to back party nominee Hillary Clinton, and some subsequently formed groups to work against Clinton and the party.

Expand / Collapse
Seth Rich, shown here with his mother, was idealistic and wanted to change the world, his father said.  (Rich family)
WikiLeaks leader Julian Assange has stopped short of identifying Rich as the source of the emails, but has taken a keen interest in the case, and has not denied working with Rich.
“WikiLeaks has decided to issue a US$20k reward for information leading to conviction for the murder of DNC staffer Seth Rich,” the organization announced.
Washington’s Metropolitan Police Department has no suspects and no substantial leads as to who the killer or killers may be, sources close to the investigation said. Metropolitan Police, including the police chief, have refused to discuss the case, despite requests from Fox News dating back 10 months.
The FBI’s national office declined to comment, but sources said the bureau provided cyber expertise to examine Rich’s computer.
Wheeler believes powerful forces are preventing the case from a thorough investigation.
“My investigation shows someone within the D.C. government, Democratic National Committee or Clinton team is blocking the murder investigation from going forward,” Wheeler told Fox News. “That is unfortunate. Seth Rich’s murder is unsolved as a result of that.”
The botched robbery theory, which police have pursued for nearly a year, isn’t panning out, Wheeler said. Two assailants caught on a grainy video tape from a camera posted outside a grocery mart, shot Rich twice in his back, but did not take his wallet, cell phone, keys, watch or necklace worth about $2,000.
Police should consider all angles, Wheeler said, especially in light of Assange’s statements to a Dutch television reporter who asked about Rich.
“I am suggesting,” Assange told the Dutch reporter, “that our sources take risks, and they, they become concerned to see things occurring like that.”
On Twitter, WikiLeaks announced the reward but said Assange’s statement “should not be taken to imply that Seth Rich was a source for WikiLeaks or to imply that his murder is connected to our publications” because WikiLeaks has a policy not to release the names of its sources, even after their death.
In subsequent appearances on Fox News Channel, Assange confirmed, “We're interested in anything that might be a threat to alleged WikiLeaks sources.”
Assange has not returned a series of recent emails from Fox News about Rich. MacFadyen, who was considered a mentor by Assange, died of lung cancer on Oct. 22 at age 76.
D.C. police have announced a $25,000 reward for information leading to the conviction of Rich’s killer. Republican lobbyist Jack Burkman has offered a separate $130,000 reward.
Rich had been at Lou’s City Bar a couple of miles from his home until about 1:15 a.m. He walked home, calling several people along the way. He called his father, Joel Rich, who he missed because he had gone to sleep. He talked with a fraternity brother and his girlfriend, Kelsey Mulka.
Around 4:17 a.m., Rich was about a block from his home when Mulka, still on the phone with him, heard voices in the background. Rich reassured her that he was steps away from being at his front door and hung up.
Two minutes later, Rich was shot twice. Police were on the scene within three minutes. Rich sustained bruising on his hands and face. He remained conscious, but died at a nearby hospital less than two hours later.
Police detectives will not say whether Rich provided them with any clues about the identity of his attackers or their motivation, Wheeler said. However, Wheeler believes Rich could have provided information prior to his death of who was responsible for carrying out his murder.
Police also have refused to release security footage from a market on the corner of the crosswalk where Rich was killed. The footage, sources told Fox News, shows two people following Rich across the tiny crosswalk just moments before he was attacked. The camera captured grainy footage of the assailants’ legs and Rich as he fell backwards into the street after being shot.
Wheeler said normally police would release the footage to the media. The family also should be privy to the entire case jacket, with all the details of the case, unless they are considered suspects, Wheeler said. However, to date, the family has not received a copy of the tape or most of the details related to their son’s murder case. The homicide case remains open, according to a spokesperson for D.C. police.
Rich's father, Joel Rich, could not be reached for comment, but told Fox News in January that he didn’t believe his son would leak the emails. However, he said above all, his son "wanted to make a difference in the world."
Source>http://www.foxnews.com/politics/2017/05/16/slain-dnc-staffer-had-contact-with-wikileaks-investigator-says.html
Posted by theodore miraldi at 7:36 AM