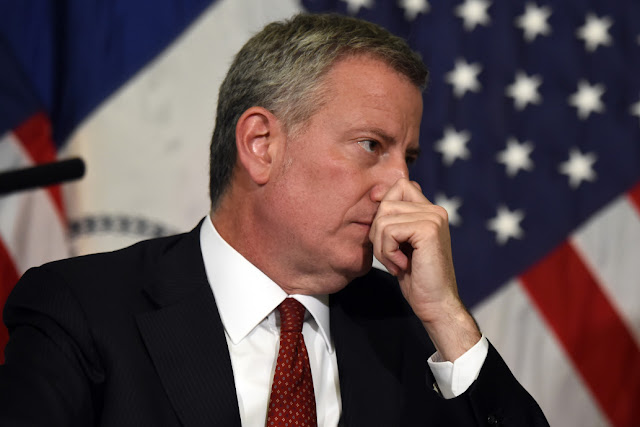 
A leading young Democrat and de Blasio administration employee was busted on charges of possessing a huge stash of kiddie porn, law-enforcement sources told The Post on Friday.
Jacob Schwartz, 29, allegedly had several thousand computer images and videos showing children as young as 6-months-old, sources said.
He surrendered to NYPD computer-crimes investigators in Manhattan’s 13th Precinct on Thursday morning, sources said.
Schwartz is the president of the Manhattan Young Democrats and the downstate region vice president of the New York State Young Democrats.
He’s employed as a $66,360-a-year computer programmer analyst in the city Department of Design and Construction, where he works on the “Build It Back” Hurricane Sandy recovery and resiliency program.
Schwartz was hired after working there as an intern in fiscal 2015, records show.
According to his online biography, Schwartz got involved in politics at a young age, helping his father — labor lawyer Arthur Schwartz — campaign for Democratic district leader in Greenwich Village.
The elder Schwartz served as New York counsel to Vermont Sen. Bernie Sanders’ failed presidential campaign, and was also the campaign treasurer for law professor and liberal activist Zephyr Teachout when she challenged Gov. Andrew Cuomo for the 2014 Democratic nomination.
Source>http://nypost.com/2017/05/26/de-blasio-staffer-arrested-for-child-pornography/
Posted by theodore miraldi at 12:59 PM