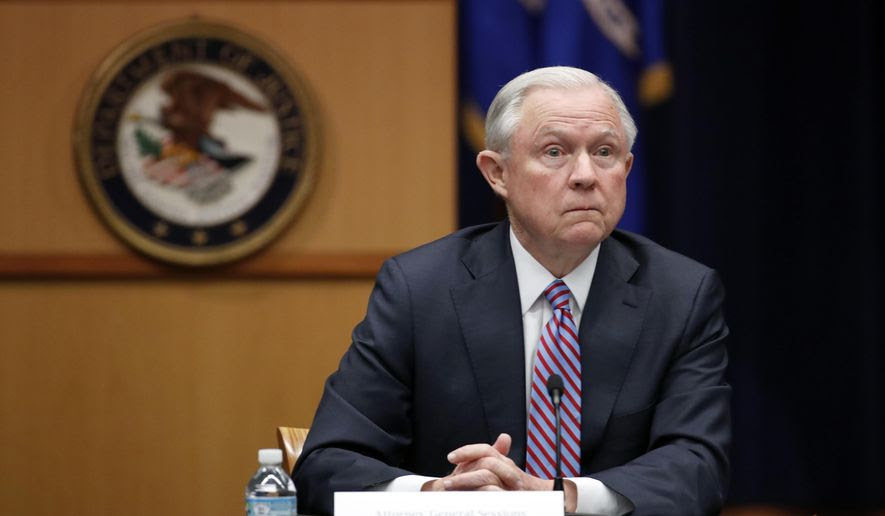 The Justice Department will ask the Supreme Court to review a federal appellate court’s order that on Thursday upheld a block of President Trump’s executive order on travel and refugees.
“This Department of Justice will continue to vigorously defend the power and duty of the Executive Branch to protect the people of this country from danger, and will seek review of this case in the United States Supreme Court,” said Attorney General Jeff Sessions in a statement issued Thursday.
The 4th U.S. Circuit Court of Appeals on Thursday ruled against the Trump administration, saying the second draft of the president’s policy, while cloaked in national security concerns, “drips with religious intolerance, animus, and discrimination” toward Muslims. The court ruled 10-3 to uphold a ruling from a district court judge in Maryland that blocked a portion of the order that temporarily banned travel to the United States by nationals of Iran, Libya, Somalia, Sudan, Syria, and Yemen.
“President Trump’s executive order is well within his lawful authority to keep the nation safe,” said Mr. Sessions, adding that the decision blocks the president’s efforts to strengthen national security.


“As the dissenting judges explained, the executive order is a constitutional exercise of the President’s duty to protect our communities from terrorism,” Mr. Sessions said. “The President is not required to admit people from countries that sponsor or shelter terrorism, until he determines that they can be properly vetted and do not pose a security risk to the United States.”
Source>http://www.washingtontimes.com/news/2017/may/25/jeff-sessions-supreme-court-ask-review-ruling-trum/
Posted by theodore miraldi at 9:25 AM